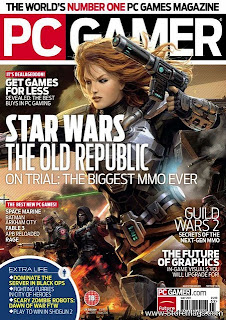 Well, it’s official- at least for now… The May 2011 issue of PC Gamer states the release date of SW:TOR will be “Autumn 2011”. While not an exact date, it’s a pretty narrowed down timeframe and well, that’s good enough for me.

The cover of this upcoming issue promises to reveal a lot about the much-anticipated MMO from Bioware and EA, Star Wars: The Old Republic.

Of course we all know that things could change as the game goes on in production. There are always potential holdups and delays, which is why they are holding back on giving us a definite date for release. But Autumn timeframe being officially announce in PCGamer as well as the hands-on event at London recently shows us that they are pretty darn close to being ready for a release.

There’s still no official word on if or when there will be a beta but fans are standing by eagerly awaiting any new news. When we get more information, you will always be the first to know. For now, get your grubby paws on the May issue of PCGamer to see what they have to say about SW:TOR! 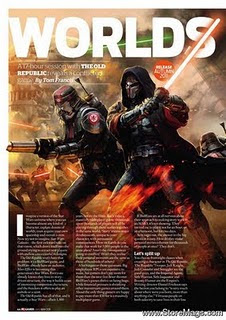