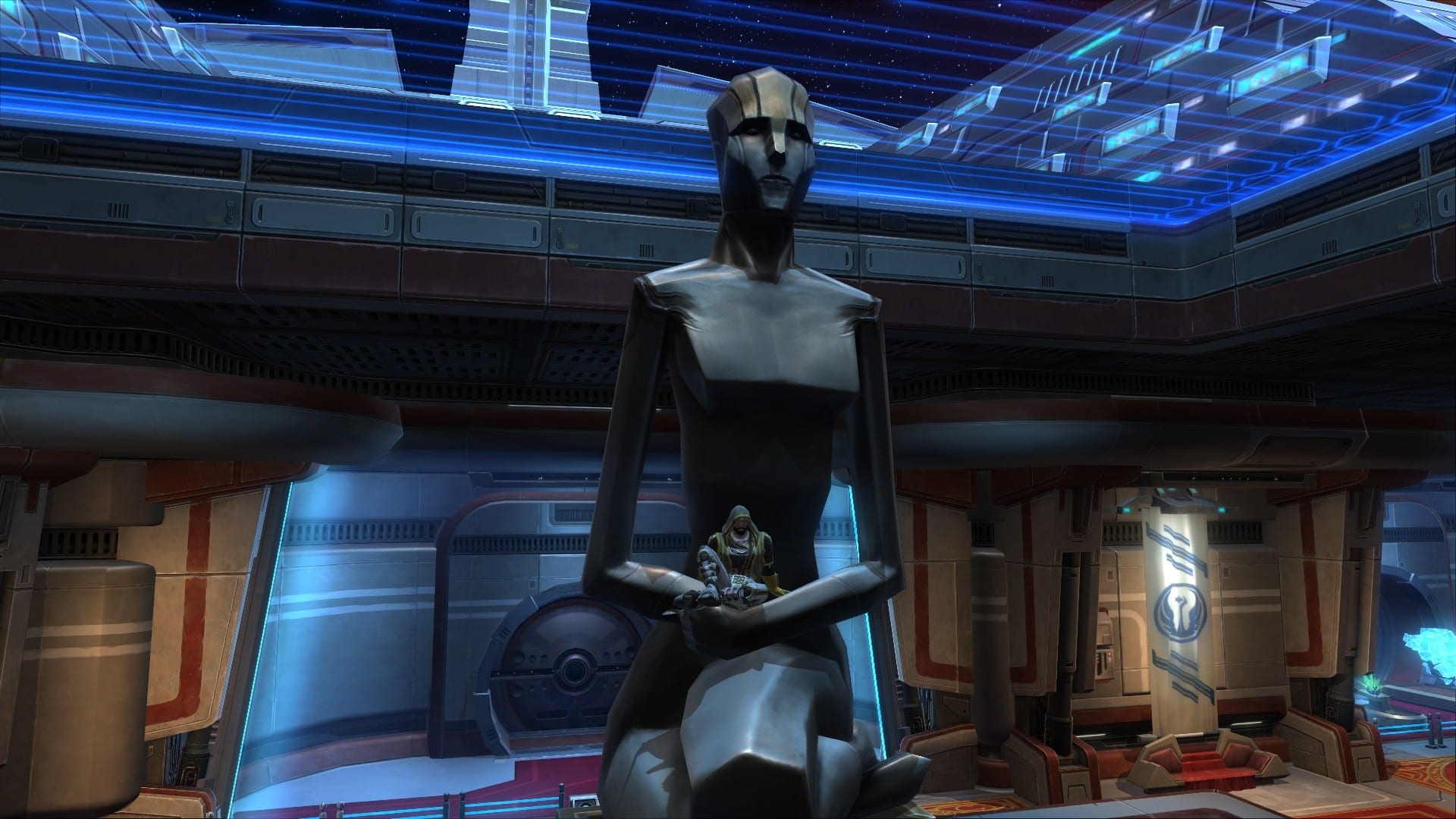 Earlier today Community Manager Eric Musco made a forum update regarding the Oceanic issues, with low server population. After careful consideration, and reading though pages after pages of forum rage, BioWare will be merging the oceanic servers into the north American servers. This will off course give the APAC players alot more people to play with, but people are raising their concern about ping time. I personally have no problems as a European when I occasionally play on US servers, but what experience do you guys have?

Hey everyone,
I have an update for you on our long term plans for the APAC servers. Before I do that though I want to let you know up front that we still have quite a bit of work to do to make this happen so I cannot provide any timeframes for you today.
We know that when we asked you, the community, for your opinions on what we should do, we received quite a variety of suggested solutions. Some people wanted to be able to transfer to higher populated North American servers, some suggested merging the three existing APAC servers into one large APAC server, and then there were a host of other ideas as well. However, the one common theme from the suggestions, which we heard clearly, is that everyone wants the opportunity to play on higher populated servers. With this in mind, we have evaluated all of the options and determined that the best solution, that will offer the best long term play experience, is to merge the APAC servers with higher populated North American servers.
Getting to the point of being able to merge the servers is going to be a multistep process. First off we need to update our Free Character Transfer System to include the game changes that we have made recently along with the upcoming changes in Game Update 2.0 and the Digital Expansion: Rise of the Hutt Cartel. We will then offer Free Character Transfers to anyone currently playing on an APAC server to a North American server of the same gameplay type, specifically:
Mastar Dar’Nala (PvP) will transfer to The Bastion (PvP)
Gav Daragon (RP-PvE) will transfer to Begeren Colony (RP-PvE)
Dalborra (PvE) will transfer to The Harbinger (PvE)
We will also need to update our server merge technology at which point we will ultimately merge each of the APAC servers into the corresponding North American servers as indicated above. We are moving as quickly as we can to make this happen, but we want to make sure this is a smooth transition, so it will take some time.
Why did we decide not to merge the three APAC servers into one large APAC server? We decided this for two main reasons. 1. The issue in doing this is that two play-styles (PvE, PvE-RP, or PvP) would need to sacrifice their desired play-style in order to have one server with a higher population. We feel that it is important that each player is allowed to continue to play SWTOR in their preferred play-style. Therefore, accommodating all the existing play-styles was a primary goal. By allowing you to move to a NA West server, you will be able to keep your play-style. 2. The move to North American servers better delivers on our ultimate goal of providing the best play experience, with the most possible players, long term.
I will continue to provide updates as soon as I have them. I know the next big question will be “when” and as soon as I have that information to release, I will do so. Thank you for your continued patience on this. I know it took longer than you would have liked but I intend to continue to give you information as soon as I can!
-eric