It’s Monday and a new guild has taken some time to answer our questions. This time the republic guild Space Blasters are in focus. Space Blasters will be based out of the EST timezone. However, they accept applications from all regions and countries, so check them out!

Where did your guilds name come from?

Contrary to popular belief, it has nothing to do with futuristic pistols or ray-guns. It’s a drug reference (woah!)

Can you give me a quick 2-3 sentance description of your guild?
We are a hardcore PvE and PvP organization focused on competitiveprogression and accomplishment. Although focused on our goals, we pride ourselves on a sense of humor and awareness that other guilds often lack. MMO’s are serious business – but that doesn’t mean players need to sign their lives away to some fascist organization in order to succeed.

How did your guild come about?
Myself and a few of the officers started the guild a few months back. We all had experience serving and leading in various top-level guilds but we came to the conclusion that we wanted a different kind of environment this time around – one that was just as competitive, but without a lot of the bullshit.

What kind of play style do you focus on? PvE, PvP, RP:
PvE and PvP equally – not a home for roleplayers.

What is your guild set up? How do you run your guild?
We have a pretty standard setup. A guild master, a council of officers and a body of members. We also have a recruit rank that we’ll use to test people out that we encounter in-game.

How seriously do you play and/or run the guild?
We play hard, but we have fun. We approach the guild with a “professional” mindset, but it’s kind of like working for Google where you can ride tricycles around the office and there’s a clown fish in the water tank. 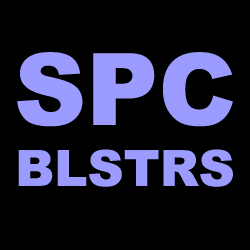 Do you have ranks or a certain hierarchy in your guild?
Yes.

Why did you choose the Republic?
Because there will be many more Empire players than the Republic players on PvP servers we enjoy competition, not zerging. Besides – I have a pretty good feeling that the Sith faction is going to be full of angsty, evil-dood tweens.

Why do you run a guild?
To control people’s lives on the internet. I mean, because I have the experience and I couldn’t find a guild I’d rather be a part of.

How do you approach Raid Planning?
We’ll be raiding during evenings on nights on the EST timezone. Once more information surfaces about specific encounters – we’ll know what we’re doing, when we’re doing it and how it should best be done well before we ever set foot in the instance.

Are you always open for new recruits or do you want to keep a certain guild size?
We want to stay big enough to provide a healthy raiding roster and be competitive in open-world PvP, but small enough to maintain that tight-knit guild mentality. At this point, I’d say no more than 75 people should ever be on our tag.

Age Requirement?
18+. Sometimes we talk about sex and stuff.

What makes your guild stand out from everyone else? What makes yourguild unique?
We’re talented, competitive, progression-pushing players… but we’re relaxed, mature and know how to enjoy ourselves. I’d like to think that makes us stand out.

How do you spend your time until release? Do you know each other in real life or do you spend a lot of time on forums?
Most of our time pre-release is spent recruiting and organizing for launch. Aside from that, we’ve got an active community on Ventrilo and our private forums where some of us know each other IRL, but most don’t.

What Other Games are you currently playing as a guild?
A lot of us are playing other games like League of Legends and Battlefield 3 to pass the time before SW:ToR, but nothing like that is mandatory.

If somebody is interested now how and where can they apply for membership?

One last question, if there was one thing you could ask the Dev’s to include, what would it be?
An IQ test? Besides that, guild ships would be cool – especially if they were contestable.