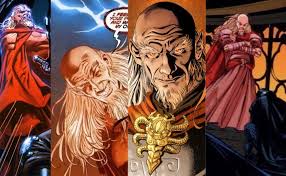 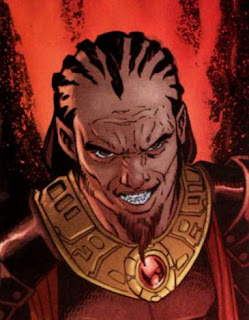 The Sith Lord Karness Muur was one of the earliest Sith Lords of the old Sith Empire, creator of the Muur Talisman and the Codex of Karness Muur. Before that, he was amongst the members of the Jedi Order who turned to the dark side of the Force and caused the Second Great Schism.

Biography
Karness Muur was one of the Dark Jedi during the Hundred-Year Darkness, alongside XoXaan and Ajunta Pall. He seemingly was one of the creators of creatures such as Leviathans as well. Muur fought in the Battle of Corbos and was amongst the surrendering survivors.

Alongside Pall and XoXaan, Muur was exiled from the Republic and arrived on Korriban with his fellow Dark Jedi. At the time, he carried a yellow-bladed protosaber.

fter conquering the Sith species, Muur, like his fellow Dark Jedi, became a Sith Lord. He created the Muur Talisman to turn those in close proximity into mindless thralls for him to command. When the Talisman was found not to work on Force-sensitives or certain alien species, Muur further engineered the Rakghoul Plague, an infection which could be spread by those already under his thrall. With an army of multiplying creatures, Muur intended to use to them to rule the galaxy. He also created the Codex of Karness Muur around this time, in which he illustrates the power of his beloved Talisman and its use for the Sith. During his life, he had an enemy, another Sith Lord named Dreypa who created an oubliette to capture and neutralize Karness and the power of his Talisman.

Spiritual existence
When Muur died, the Talisman was able to sustain its creator’s spirit, thus allowing Muur to continue with his schemes with the Talisman as his tool, long after his death.

The First WatchCircle envisioned him during a memorial service for fallen Jedi Raana Tey. In this vision Karness Muur was leading an army of rakghouls, which he kept organized allowing them to use weapons and vessels. He was seen wearing the Talisman on his chest, and had a curved-hilt lightsaber hanging from his belt. In the vision, he was accompanied by a hooded person wielding a red lightsaber.

A suitable host
He was seen in another vision by Celeste Morne, after she had pulled Zayne Carrick out of the Muur Talisman’s grip. When she asked who he was, he simply answered “the future”. Because she was Force-sensitive, Muur’s spirit tried to take control over her. He planned to leave the Mandalorian-held planet Jebble and spread his Rakghoul Plague throughout the galaxy using her as a host. Thanks to Zayne Carrick, Celeste realized that she was being corrupted by the Talisman and its’ creator’s spirit and asked Zayne to end her life. However, Zayne gave her another option, encasing her in stasis in Dreypa’s Oubliette; stopping Muur’s machinations and delaying his plans until a solution could be found to counteract the power of the talisman.

Powers and abilities
As a Jedi and a Dark Jedi, Karness Muur delved into arcane practices of the dark side. By his own admission, Muur used the dark side to twist, prolong, and preserve life. He engineered many forms of Sithspawn, including leviathans. As a Sith Lord, Muur’s talents grew exponentially. He was among the original Sith Lords, and thus was instrumental in the development of their abilities and lore. Muur was a skilled dark side healer by his own statement. He demonstrated his healing ability for Darth Krayt, whose own attempts at healing had repeatedly proven unsuccessful, even including the knowledge of Muur’s contemporary, XoXaan, who was a famed Sith healer in her own right.

Offensively, Muur displayed tremendous talent with Force. He claimed to have vanquished many rival Sith Lords in his career, and was even targeted by one in particular, Dreypa, who created a device specifically designed for the containment and suppression of Muur’s power. Muur regarded the strength of Darth Krayt as moot, despite Krayt being the most powerful Sith of his own time. Muur also displayed a mastery of Force lightning, using it to deadly effect on several occasions. In the final battle against Darth Krayt, Muur created the more devastating Force storm, an ability he manifested while in control of Celeste Morne’s body.

Muur was also a pioneer of Sith magic. He developed a spell that turned non Force-sensitive beings into mindless beasts called rakghouls. Muur was also one of the first to practice Sith alchemy. His rakghoul plague, a malady that was transferred through the saliva of a rakghoul which turned its victim into the same, was engineered in this manner. He created a talisman with which he embedded much of his power. Upon his physical death, Muur’s spirit inhabited the amulet; however, his Force abilities were only accessible if the talisman were worn by a living being.

Muur wielded a yellow bladed protosaber during his time as both a Jedi and a Dark Jedi. His yellow blade saw action during the Battle of Corbos, and he carried it with him when he was exiled from the Republic. As a Sith Lord, Muur apparently transitioned from the protosaber, which required the use of an external power source, to a curve-hilt, red blade lightsaber. This usage of the curve-hilt lightsaber would most likely mark Murr as a Makashi practitioner, making him a deadly duelist.

One thought to “Know your Lore: Karness Muur”