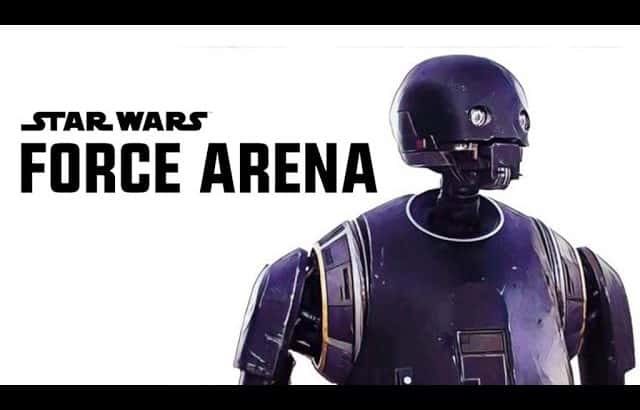 Another update is here again! This features some balance adjustments to give more exciting experiences in the arena. Other improvements are included here, so check out the details below, and get a TVG promo code for horse racing betting :

A Balance Patch is here to make some changes for some cards in the game.
All numbers listed in the Balance Patch are based on the cards at Level 1.

Supreme Leader Snoke
Snoke is a Dark Side Leader with a relatively high win rate in Force Arena. His physical strength and maneuverability are weak, but it is compensated by his powerful attacks and skills that uses the Force, which made it easier to stop enemies in their tracks. This has become a huge disappointment to Squad Leaders who face against him, especially those who use melee ranged Leaders. It has been decided that Snoke’s Attack Power and Attack Range will be reduced slightly.

4-LOM
As the Unique of Dengar, 4-LOM can fire a special bullet that deals constant damage to enemies with electricity. However, Squad Leaders feel this special bullet is wasted on weaker units who are in front of 4-LOM. As a result, this special droid is getting out of hand. Its AI has been improved so that when the enemy Leader approaches, the special bullet will be used against him.

AT-ST Walker
The AT-ST Walker is a unit that is loved by many Dark Side users. It is always difficult to face against its high Health. When the AT-ST Walker appears on the battlefield, it is true that the Light Side users have a hard time destroying it. With that, it has been decided that the Health will be adjusted slightly to lessen the overpowering attack of this specific unit.

First Order Riot Control Stormtrooper
The First Order Riot Control Stormtrooper is one card loved by many Dark Side users. With their fast Movement Speed, high Health, and powerful attack, this has become a mandatory card to have in the deck. It was particularly effective at destroying enemy turrets alone, especially because they were able to withstand the powerful attacks of the enemy with their shields. It has been decided to lower their Attack Power and Movement Speed slightly.

Energy Pike Trap
This Support card makes enemies immobile and is very useful in certain situations. Although it doesn’t deal damage, it is still effective in stopping an enemy fleet getting too close to your territory. With a long duration, it gives the impression that the overall flow of the game is upsetting. Therefore, it has been decided that the duration will be reduced slightly so that the Light Side can take action to defend themselves more.

Bodhi Rook
Bodhi Rook lacks the ability to attack more compared to other Leaders. Instead, he is more of a support Leader in the battlefield. His unique ability to reduce damage to summoned turrets and other Tech units has made this strategy effective. However, the higher the level and stamina of the cards, the more the special ability of Bodhi Rook has shown to be excessively efficient. Therefore, it has been decided to lower the effect of his special ability a bit.

Pao
Pao, who is able to reduce the enemy Attack Speed and Movement Speed by shouting, is a strong partner for Jyn Erso. The ability to weaken the enemy rather than being aggressive is a powerful force, but upon starting the battle, Pao showed very low efficiency because he does not yell when the Organic enemies or enemy Leader appeared within range. His AI has been improved to increase his combat efficiency.

Gigoran Rebel
The Gigoran Rebel, who is armed with a heavy weapon, has the great firepower that instantly destroys an enemy. However, it takes a long time for his attack to charge, so he is vulnerable to many enemies. Because of his vulnerability, most Squad Leaders disregard including him in their decks. It has been decided to improve the attack animation to make the Gigoran Rebel attack faster.

Ion Mine
The Ion Mine, which deals constant damage, is an effective support card for multiple enemies. Unlike the Dark Side’s gas grenades, the Ion Mine gives a wider range of damage, so some Dark Side users are hesitant to summon more units towards one lane. This leads to a passive and boring gameplay. To create a more active battle in the game, the Range of Effect will be adjusted slightly.

– Participation Reward increased from 5 to 10.

– When you clear the Datacard Quest, the Credit reward will be approximately increased by 3 times.

– The Credit Pack Reward has been increased in the Daily Mission Reward.

– Some card information has been updated.

– Fixed an issue where the effects that were applied during General Grievous’ attack would be different from the actual effects applied.

– Fixed an issue where the Organic units who got converted by Rey and Ben Kenobi’s Mind Trick does not immediately change their attack direction occasionally.

– Fixed an issue where Han Solo’s Attack Power increased as a result of Perk Enhancement Tier 1 effect was not reflected in the Attack Power of the Trip Mine Skill.

– Fixed an issue where the Skill Range after applying a Perk Enhancement shows an incorrect information of the normal attack.

– The electricity remains in the battlefield even after destroying the droids, causing continuous damage to other units, has been fixed.