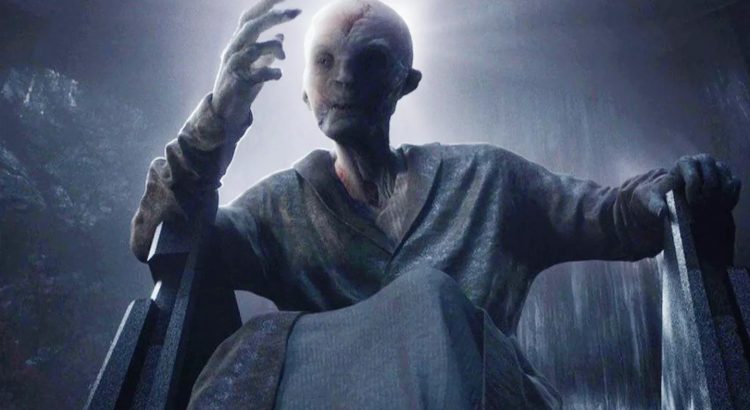 Ever since The Force Awakens made its big debut, fans have been speculating about Supreme Leader Snoke. We know next to nothing about this villain so far and you can bet that has a lot of people creating their own theories about it. Who is Snoke? Of the many theories out there, some are silly, some are crazy, and some just might actually make sense. Of course, none of us know for certain and we’ll likely have to wait for the next film to come out to get answers to this big question. One of these theories is that Snoke is Darth Plagueis.

Slashfilm’s Ethan Anderton dispels this myth in this post:

For whatever reason, some Star Wars fans seem hellbent on trying Supreme Leader Snoke to a Sith master who was briefly mentioned in Revenge of the Sith. If you’re one of those casual fans who doesn’t remember this detail, or you’ve smartly stayed away from revisiting the prequels, here’s the scene in question:

Some fans think that because Darth Plagueis was supposedly able to save those he knew from dying, there’s a chance that he was able to resurrect himself. Forget the myriad of other reasons that essentially prove that Supreme Leader Snoke will not be revealed to be Darth Plagueis reincarnated, the concept itself doesn’t even make much sense.

Pablo Hidalgo is the Creative Executive of the Lucasfilm Story Group, the collective responsible for the official continuity of all things Star Wars. Nothing is canon unless Hidalgo says it’s canon. And in a recent exchange with some inquiring fans on Twitter, Hidalgo seems to have debunked the theory that Supreme Leader Snoke is actually Darth Plagueis.

@timvitkuske he was said to possess the ability to keep loved ones from dying. Not himself. His apprentice killed him.

He then goes on to explain why it doesn’t make sense. I do have to agree, especially with the evidence that is presented. So who do you think Supreme Leader Snoke is?