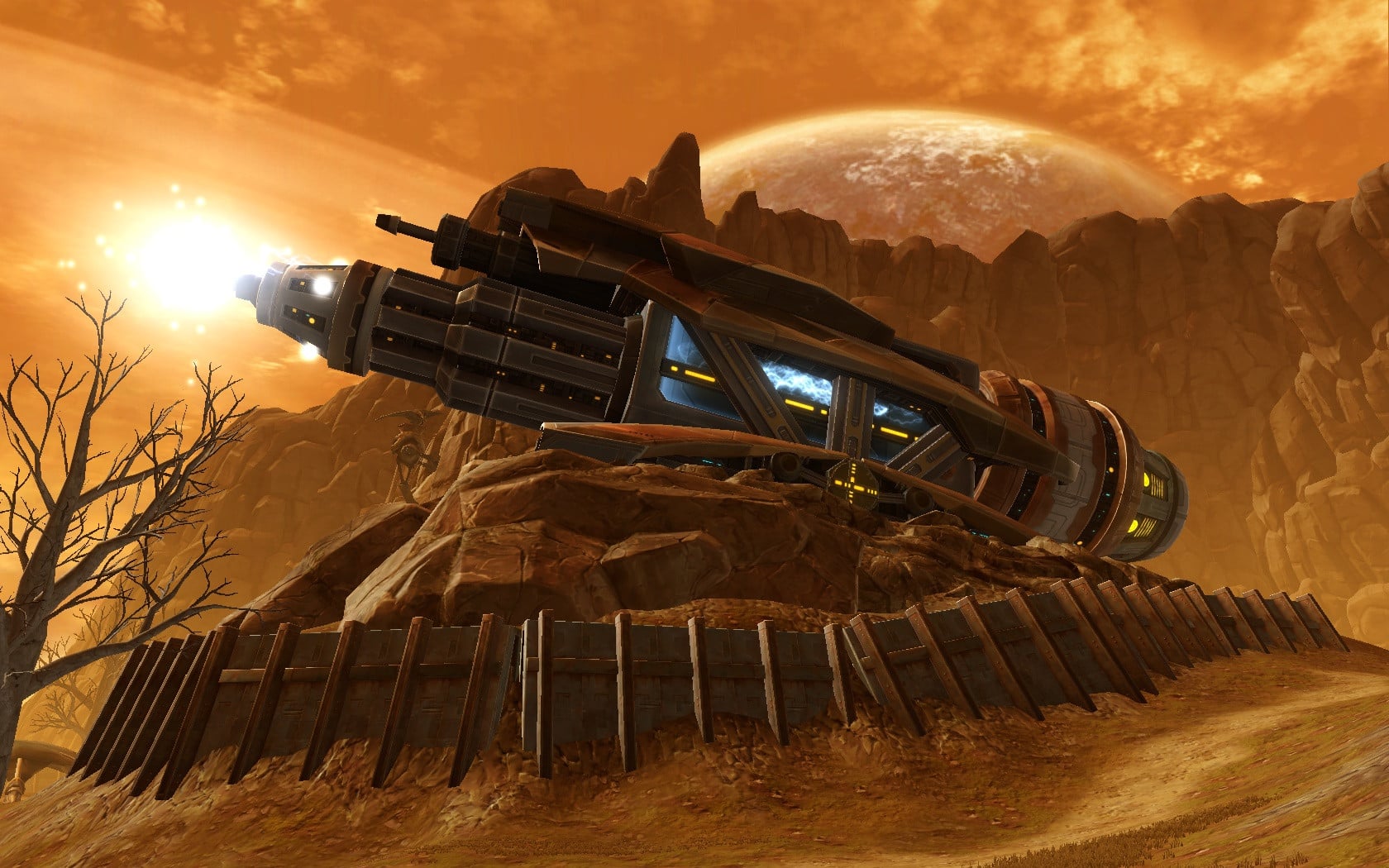 Community manager for Star Wars: The old Republic, Eric Musco took on the forums yesterday and delivered a preview of the game’s next major patch. The 2.6 update will come with a unlock to the Galactic Starfighter expansion for players playing the game for free, as well as introduce a new gunship variant and two new bomber variants.

Since the 14th is “early access”, I am assuming 2.6 hits then. That fits with their normal schedule too, especially considering 2.5 was really light on non-GSF content. The new rakghoul event is coming very soon too, it’s unclear whether it’s all in the game yet, but there is quite a bit of it there, so it’s possible it will hit before 2.6.

when will it be released,? 2.5 was early december so 6 weeks is mid january.

First off, Happy New Year everyone! I am back in the office now from the holidays so we are right back to some yellow posts

Game Update 2.6 first and foremost will mark the launch of Galactic Starfighter! That will mean the introduction of:

Also, Game Update 2.6 will come with a few class changes, here is just an overview of some of what you will see:

As always, look for the 2.6 patch notes for a full list of all changes that are coming! That is just a preview of what is to come.