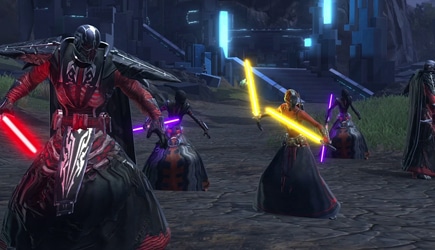 With all the excitement around game update 1.4 , we forgot to update you about a new Developer Blog by James Ohlen and a new laucnhed trailer for Terror From Beyond just released.

This Game Update is also the start of a new release cadence. Our strategy so far has been to release big updates every few months. But this leaves long periods of time where you, our fans, don’t have anything new. So we’re moving to a model where we release Game Updates on a much more regular cadence. Our initial aim is for something as close to every six weeks as we can get. I’d promise an exact schedule, but in a live game we need some flexibility as the stability of the service trumps the release of an update on a particular date.

This year has been exciting so far with three Game Updates. But before the end of the year, it’s our intention to have released another three Game Updates, starting with Terror From Beyond. This is in addition to moving to Free to Play. But I can say in all honesty, that our plans for 2013 are even bigger. Our team’s experience, improving tools and better production processes are allowing us to move faster in development than we ever have before. More exciting news to come!

As mentioned, a new launch trailer for the Operation Terror From Beyond is now also available for download and stream or you can watch it below:

If you havent red the patch notes for game update 1.4 yet, you can check the out here.