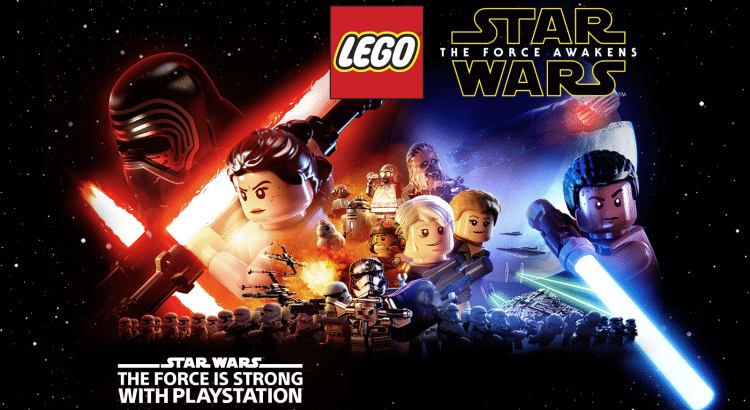 If you’re a fan of the LEGO Star Wars series like me, then you’re going to love this info that was recently released. We’re getting a new game this summer – on console, PC and portable platforms. Spoiler Alert: If you haven’t see The Force Awakens yet (and what Star Wars fan hasn’t?) then you’re going to want to watch it before getting this game. Disney is working with Warner Bros. and developer TT Games, and together they’re bringing the vision of Lego Star Wars characters to life. That means we get the best you can expect from the parody series with puns and humor galore. There is exclusive content from Episode VI and TFA but per usual, this isn’t canon. This is a hilarious and fun take on the series that only a LEGO Star Wars game could do.

You can see the trailer below but if you have the PS4, you can even download a demo to see how it plays for yourself. Have you always dreamed of flying the Millennium Falcon? Well, now is your chance. Or at least, your chance to fly a plastic block version of it. This looks to be a great game from a great series on a great franchise, if you don’t take your Star Wars too seriously, that is.

It’s coming June 28th and you can pre-order now. See the video for yourself:

I don’t know about you, but I’m in! Since 2005, they’ve been making fun LEGO games and I’m a fan of most of them. This is definitely one I’m going to want to add to my collection. Get it here now