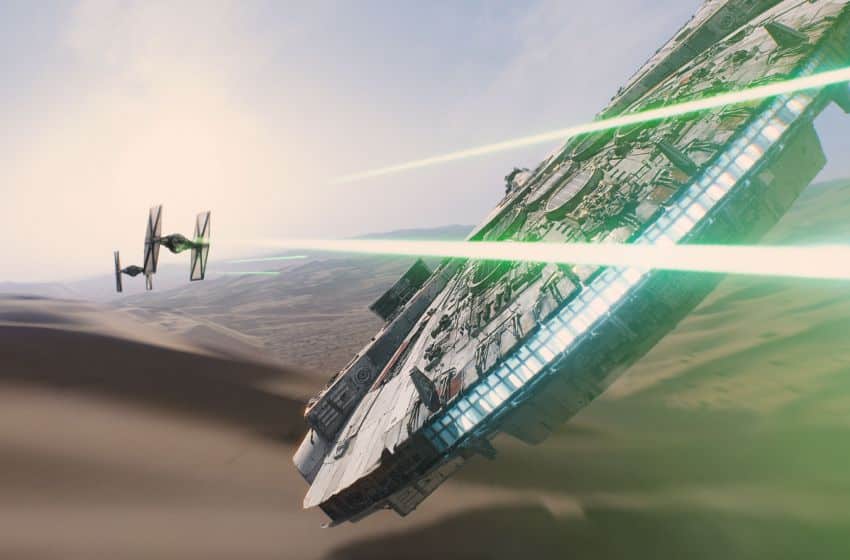 We have another Star Wars Battlefront update and this one is the answer to a big question from many friends. Will the Millennium Falcon be playable? With the game releasing on November 17th, and with all the hype about its release up to this point, it’s really no surprise that so many people are asking questions. And who wouldn’t want the chance to pilot one of the most iconic ships in Star Wars history and lore? If you ever dreamed of riding along with Han Solo and Chewy (or of being Solo – or Chewy) then this is going to be news you may enjoy.

Fans are looking forward to Star Wars Battlefront for many reasons, not least of which is the ability to pilot some of the vehicles from the Star Wars universe. In a Q&A session on Reddit, the game’s developers revealed that players will be able to jump in the cockpit of the film’s most iconic ship of all.

In addition to X-Wings and Tie Fighter, certain missions will allow players to pilot, the Millennium Falcon, the trusty ship of Han Solo and Chewbacca. Now I wonder if we’ll have a chance to attempt to make the Kessel run in 12 parsecs.

Star Wars Battlefront allows players to immerse themselves in the Star Wars universe, fighting in the saga’s biggest battles. Players can fight for the Rebellion or Empire in a variety of multiplayer matches for up to 40 players, or in challenges inspired by the films available in solo, split-screen or through online co-op.

If you want, you can head over to Reddit and read the full Q&A for yourself. There’s a lot of good stuff in there. But as for this news, we think it’s pretty cool. What are you most looking forward to about the upcoming Star Wars Battlefront?