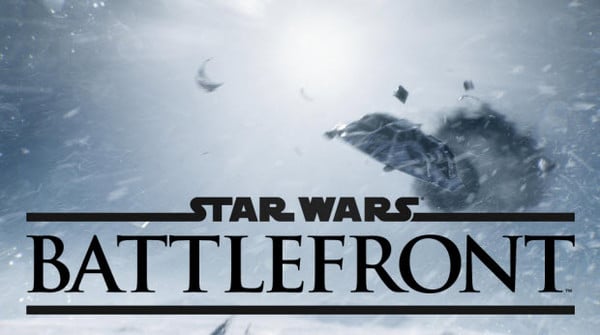 The D23 expo that is happening in August has confirmed that Star Wars: Battlefront will be there. If you are looking for any gameplay details now the project’s community manager has talked about the vehicles and the PC version’s multiplayer letdown.

On August 16th Disney plans on hosting a special gathering at the Anaheim Convention Center in order to highlight the flagship products of Disney Interactive. They will be discussing Star Wars: Battlefront, Disney Infinity, and Kingdom Hearts III. Nobody knows exactly what DICE’s game developers plan on discussing, however they have promised to talk about gameplay, trailers, surprises, and new reveals.

No matter what they decide to show we know that Star Wars: Battlefront will be on the show floor for player to try out. Disney has stated that guests will be able to live out their “battle fantasies” with a hands-on demonstration.

EA’s community manager, Matthew Everett, has recently talked about how vehicles will be working in the game. The vehicles that players will be controlling are ran by a larger system. You will see special abilities marked by glowing orbs on the multiplayer maps. However, not all of the classic Star Wars spaceships will be able to be controlled by players. During the E3 2015 demo, Y-wings are visible in plain sight, but you will not be able to drive them. In some cases the vehicles will only be functional by AI support.

One other letdowns is that Star Wars: Battlefront multiplayer will be a little limited on the PC version. The game on PS4 and Xbox One will be a split screen multiplayer but this will not be the case on the PC. The demos that were shown at E3 2015 were quite well received by fans and critics. They showed off the Walker Assault multiplayer mode on Hoth and the competitive survival area on Tatooine.

Star Wars: Battlefront will be released on November 17th on PS4, Xbox One, and PC.