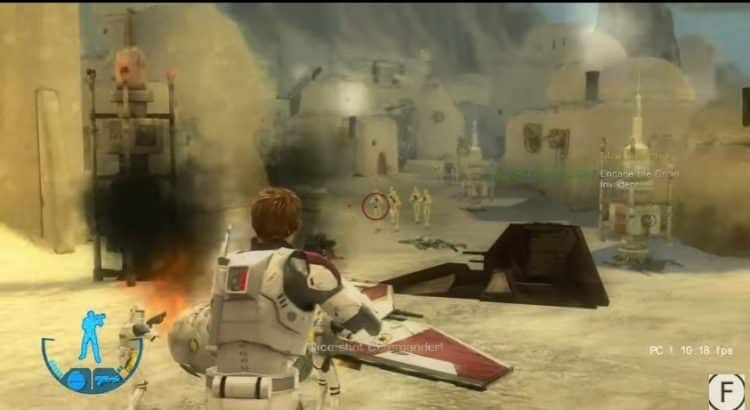 Here is a pretty nifty look at the cancelled Battlefront 3’s first campaign mission. The video was uploaded by Youtube User FuZaH who has the following to say about it:

Yup, I had some more tucked away.

(I seriously apologise for the earrape level of the audio. The footage must’ve been captured like that. I’ve ran it through Premiere to limit the peaks but its still pretty bad. RIP headphone users.)

Also; this is alpha footage from early November. I’d assume a few of the bugs in this were worked out in their last build.

If any ex-Free Radical/LucasArts developers see this video, and have a build, I would be very appreciative if you contacted me. I’d like to discuss a few things with you.

Also, EA, to make up for the disappointment that is “EAFront”, could you just finish this game and release it as Battlefront: Legacy? If you don’t want to take the series in its original direction fine, but considering how close this game was to being completed, could you not take a small team and finish it? I can get you Free Radical’s engine, as long as you are willing to complete the project and tidy up the code.

*Also, this mission has some voice acting from Temuera Morrison. Gettin them Battlefront 2 vibes again 😀

Aparrently the story was build around the force-sensitive clones  X1 and X2, who also featured in  Battlefront: Elite Squadron that released in 2009 on PSP and Nintendo DS. Check out the movie below: