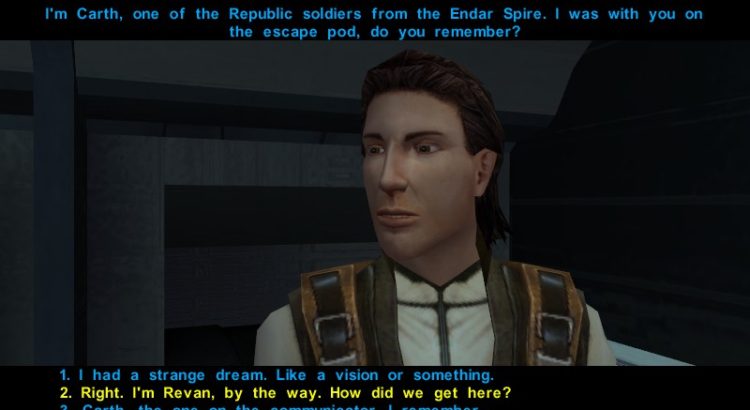 We can sing the praises of KOTOR all day long. Seriously, it’s been said here before and will likely be said here again – Knights of the Old Republic is one of the best Star Wars games of all time.

One thing that made this game so unique and loved by so many was the amazing voice acting talent that covered the entire, vast script of the game. When Bioware made the decision to hire voice actors for the entire script, it was a big one.

That story is told in the latest entry in the Boss Fight Books series, written by journalist Alex Kane and available if you want to follow it all.

It is absolutely an interesting story for anyone who loves KOTOR, Star Wars, and video game history.

In it, we learn all about what made the casting and sound departments of LucasArts unique, and how the process of creation at this state worked for Star Wars games, in particular.

Kotaku featured an excerpt if you want to read some of it but I highly recommend just picking up your own copy. It’s absolutely worth it!

” Featuring extensive new interviews with a host of KotOR’s producers, writers, designers, and actors, journalist Alex Kane weaves together an epic oral history of this classic game, from its roots in tabletop role-playing and comic books, to its continued influence on big-screen Star Wars films. Whether you align with the light or the dark side, you’re invited to dive into this in-depth journey through one of the most beloved Star Wars titles of all time. “

Alex Kane is a journalist based in west-central Illinois. He has written for Polygon, the website of Rolling Stone, StarWars.com, Variety, and other publications. This is his first book.