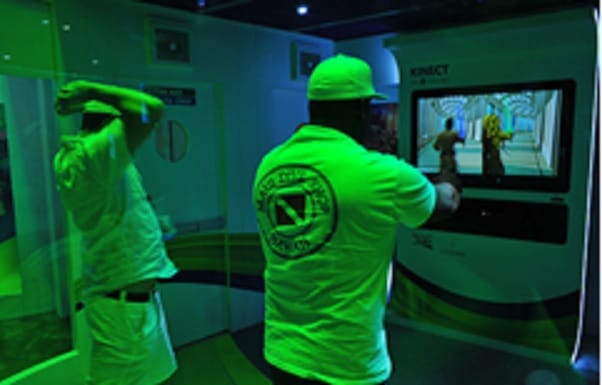 Star Wars has enjoyed a revitalisation to their franchise with the launch of a new series of films, beginning in 2015 with The Force Awakens. The trend continued with Rogue One which was released at the end of last year, with both movies enjoying great success at the box office with the latter surpassing the $800m mark following its release before Christmas.

One of the most prominent avenues of the series’ success has been the fruitful transition of the franchise on to several gaming platforms. Beginning with the Empire Strikes Back on Atari in 1982, two years following the release of the film, the series has gone from strength to strength, and has even spawned several spin-offs in all formats, including shoot ‘em-ups, RPG and action-adventure.

However, for all the success the series has enjoyed across multiple platforms, one area it has not strayed into is casino games. Several equally famous franchises, such as Jurassic Park and Game of Thrones. have used their notoriety and allowed casino sites to delve into the market with branded slot machines. Both games feature prominently on the front page of online casino provider 32Red, which highlights their popularity, and mix the entertainment of the spinning wheels with many recognisable aspects from the franchises – for instance, the Jurassic Park slot feature giant animated dinosaurs and an atmospheric jungle soundtrack.

Given the way Star Wars have dominated other platforms, using a slot game would likely bring in a large number of committed fans. The franchise has an extremely loyal fan base, which could allow the game to echo the success of its counterparts on other platforms – none more so that the Battlefront series which has been a revelation across Windows, Xbox and PlayStation.

The newest addition in the series has capitalised on the strong results that Battlefield and Call of Duty have enjoyed in the market, but with the twist of putting gamers into the world of Star Wars. The extra hook will have no doubt enticed users, who may not enjoy the particular angle of the game, but are fans of the series which gives them reason to head down to the high street or online to purchase it.

The concept of trailing through the forests of Endor or battling in space with the Millennium Falcon must have made it very appealing just for the pure feel of the game rather than the actual gameplay, which was also received extremely well due to its likeness in style to COD and Battlefield.

Electronic Arts’ respect and the attention to detail will have made the game a must-purchase for any fan and would certainly have capitalised on new followers after the release of The Force Awakens. They performed this without being over-officious regarding strategy and focusing more on the details of each environment. Such knowledge is always a way to win keen fans over and bring them back for more in the future.

Why a Slot Game Would Work

The effect of nostalgia can have a strong appeal on a fan base as proven by the case of Battlefront. The success of the game was partly down to the Star Wars name, helping its rise in the sales charts and proving that a venture into a slot game would be well worth the gamble – forgive the pun – for the franchise to delve into. There are distinct advantages to the concept of bringing fans to casino platforms: sign-up bonuses and promotions. For instance, 32Red offers a £10 free punt for opening a new account, and 21.co.uk gives a 50% reload bonus when customers make a £10 deposit – these incentives definitely ease the transition for traditional gamers and fans.

Due to the number of worlds and characters involved in the Star Wars universe, there are enough quirks to emulate the success of the Game of Thrones slot version. In GoT’s game, fans are treated to the official music of the show as they play along and are spurred on by the prospect of aligning five coins of their favourite house, whether Stark, Lannister or Targaryen. As the rewards become greater clips from the series are played as a sign of progression, which further entices gamers to continue on their quest.

Star Wars could enjoy a similar success by translating their world into the game, whether it be the first series of films playing as Luke, Leia or Han or the lesser known prequels attempting to match Obi-Wan, Anakin or Padme. Should the game remain loyal to the key aspects of the famous franchise and work in features that have relevance not only to the slot style but the film series as well, it should be a hit with the fan base and emulate the success of the other notable movie and TV shows.