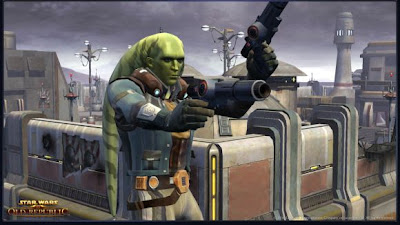 There is a thread on the official Star Wars: The Old Republic forums started by community member Awran that talks about rumors of a “beta” session this weeken. Apparently reports are that 100-200 people received such an invite. Then when Sean Dahlberg responded he didn’t confirm, but he didn’t deny or lock the thread either. Here’s his post:

And a little later he posted again to reiterate what people are allowed to disclose and what not:


The Game Testing Agreement that was agreed upon (when signing up for game testing) states:

1. The fact that there is a Game Program.

2. The fact that you are a member of the Game Program.

Outside of that, it is a violation of the agreement to do anything more such as posting images or screen captures of anything related to Game Testing that is private and confidential and not already publicly revealed by The Old Republic team.

Sadly, it looks like BioWare has already chosen their beta testers. Those who haven’t already received emails will probably have to wait until the next beta period.