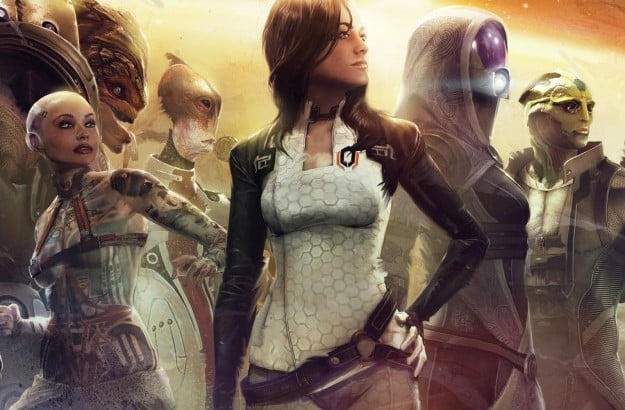 Bioware’s Alistair McNally had an interesting tweet this week after the Game Developers Conference (GDC) in San Diego last week. He says he wore a t-shirt to the conference that referenced Bioware’s new IP and it appears no one even noticed. Sneaky!

Also it was fun to walk around GDC2016 in a t-shirt with our new IP on it and no one batted an eyelid.

So of course, this got the Twitterverse in a tizzy as people realized their miss and some frantically searched for pictures from the event to try to see this shirt in action. There have been articles written about it, forum threads posted on it, social media dialogue and even debate over it, but still we don’t know what the new game is, or what was on his shirt. And it looks like we might be waiting awhile for any official confirmation from Bioware.

In case you were not aware, there is a thread about the Secret IP and it’s blowing up over this latest news from Alistair. Someone even found what appears to be a picture of Al at GDC but his shirt is just a regular black Bioware shirt from what we can tell. Fans have spent hours pouring over photo after photo in an elaborate digital game of Where’s Waldo. It’s like a trainwreck – you want to look away but you can’t help but stare.

So far, no info has been released from Bioware about Al’s comments, or the new IP. Which is understandable because that one little tweet has created more hype than anything their marketing team could have put together. Maybe that was the plan all along…