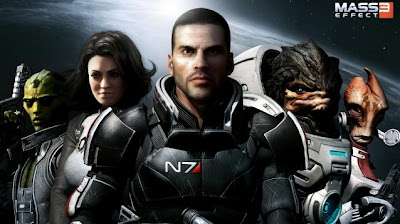 Mass Effect 3 has been touted by its developer, BioWare, to be the conclusion of the Sam Shepard trilogy in the game’s universe.

The action role-playing-game series, which was once an Xbox 360 exclusive has come a long way from its early days and is a major name in the gaming industry. In fact, Electronic Arts, the publisher of the series, even decided to drop the single console exclusivity of the series and release it for the PlayStation 3 console as well.

Mass Effect 2 was the first game in the series to be released on Sony’s console and exceeded expectations when it came to sales on the PlayStation 3. That also meant that BioWare had a larger gamer base to cater to with the upcoming three-quel of the.

EA and BioWare have been dropping plenty of hints and details about the game for quite some time now. It all began with the spectacular reveal at last year’s Electronic Entertainment Expo. A number of trailers were released as well as details of what customers who pre-order their copies of the game would get.

This time around however, the latest bit of news came via the popular social networking site Twitter; where the executive producer of the series, Casey Hudson, tweeted, “After an awesome effort by our (BioWare’s) team, I’m proud to announce #MassEffect3 is officially GOLD!”

The tweet continued to tease and keep fans guessing as it continued, “Many surprises await you – this week and beyond.”

What those surprises are? Well, it is difficult to say especially since news broke that BioWare were working on Mass Effect Infiltrator for iOS devices.

As for what going ‘gold’ is, well it is a term in the gaming industry which signifies that the game is complete, in terms of development, and is being put on physical discs for retail.

It basically means that the developers have done all that they had to on the game and that it is only a matter of time before it hits shelves.