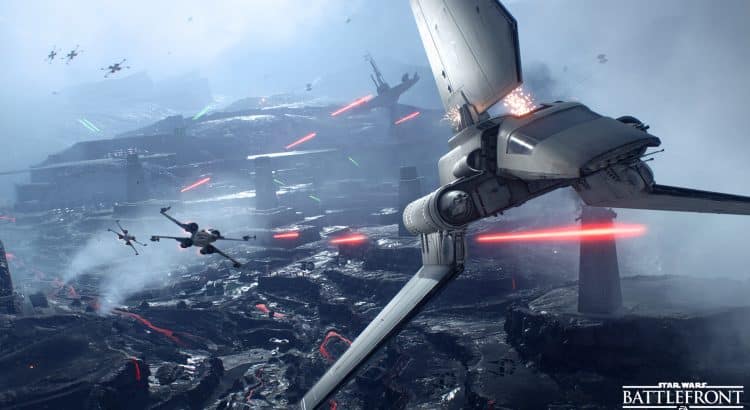 Emboldened by the success of their recently released Outer Rim Expansion, the creators of Star Wars: Battlefront have put out an announcement the other day, promising still more great content to come, some of which will apparently be free. While it’s been known for a while that Bespin is set to land in June, laden with new content, DICE have made public more details about it, as well as about the various events meant to drive player engagement scheduled for May.

There will apparently be more community missions, double-score weekends, as well as special login events, all meant to hand players new opportunities to collect more XP, credits and items in ever more entertaining ways. In addition to all the above, there will be new Hutt Contracts as well, which will yield Star Card rewards, such as the Ion Neutralizer and the Bacta Bomb.

On May 4, to celebrate Star Wars Day, players will be treated to a number of surprise activities. To cap it all off, DICE have also promised to fulfill the wishes of those who have been looking for more offline depth. Exactly what they will deliver in this sense isn’t clear at this point though.

Thus far, Battlefront players have loved heroes, and the Outer Rim expansion delivered on this front too, adding Nien Nunb and Greedo to the lineup. Bespin will bring two more heroes into the fold: Lando Calrissian and Dengar. In fact, DICE have promised that every one of their scheduled expansion packs will deliver two additional heroes. As far as Bespin is concerned, there will apparently be four new maps included in it and it will be focused in and around Sky City. New weapons and new cards will be added as well.

The third expansion (the one coming after Bespin) is called Death Star, while the name of the 4th isn’t yet known.