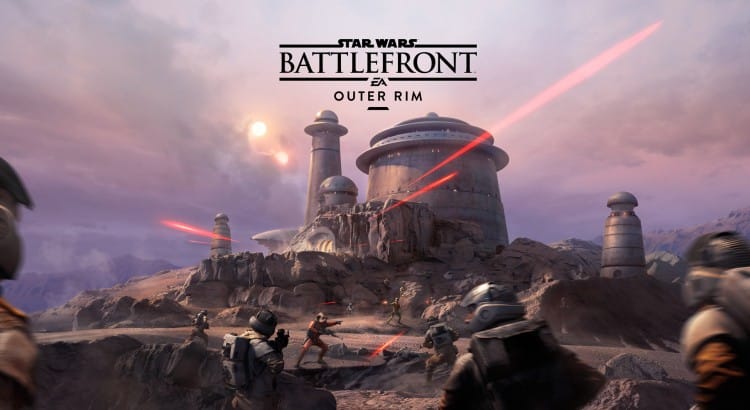 Star Wars: Battlefront’s eagerly awaited first DLC, Outer Rim, has landed earlier this month, for those who have Season Pass, and indeed, it hit the nail right on the head: it expanded a universe often derided for its shallowness, it added new game modes and overall, it addressed one of the most easily identifiable shortcomings of the original title. Obviously, there’s still plenty of room for improvement depth-wise in the game, but Outer Rim does represent a massive step in the right direction. How massive? The DLC is about 8 GB big, so for those on slower connections, it may cause a few headaches, but it is a must. It expands the game world and it brings so many new goodies, it completely revamps the title. Above and beyond all that though, you will need it because none of the future DLCs already in the works apparently, will work without this one.

The level cap has been raised too: few players have managed to reach the previous maximum of 50, set with the original release of the game, and they can already get back to grinding: 60 is the new game in town, and what it probably means at this stage is that the game creators are looking to up the stakes difficulty-wise in the upcoming expansion packs. The game’s new spectator mode is a very eSportsy move: it allows people to join private matches as observers and to watch the action unfold this way.

While- as said above – DICE have plenty up their sleeves DLC-wise, the next batch of content people will probably be waiting for with bated breath is the hotfix package for the current update, due out in April. During April, those without season pass will be able to grab up Outer Rim too, for $15.