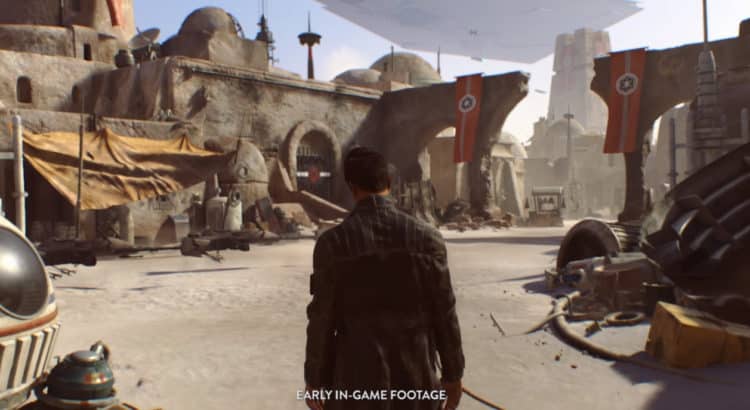 EA posted an update on the VISCERAL Star Wars project late last night.   According to EA’s Vice President Patrick Söderlund, the studio is being closed down, and the game is being moved over to other EA studios, which will see the game through until its release.

The Star Wars title was announced in 2013, and had that former Uncharted and Naughty Dog director Amy Hennig on the team, who was co-writing the title with Todd Stashwick.

Our industry is evolving faster and more dramatically than ever before. The games we want to play and spend time with, the experiences we want to have in those games, and the way we play…all those things are continually changing. So is the way games are made. In this fast-moving space, we are always focused on creating experiences that our players want to play…and today, that means we’re making a significant change with one of our upcoming titles.

Our Visceral studio has been developing an action-adventure title set in the Star Wars universe. In its current form, it was shaping up to be a story-based, linear adventure game. Throughout the development process, we have been testing the game concept with players, listening to the feedback about what and how they want to play, and closely tracking fundamental shifts in the marketplace. It has become clear that to deliver an experience that players will want to come back to and enjoy for a long time to come, we needed to pivot the design. We will maintain the stunning visuals, authenticity in the Star Wars universe, and focus on bringing a Star Wars story to life. Importantly, we are shifting the game to be a broader experience that allows for more variety and player agency, leaning into the capabilities of our Frostbite engine and reimagining central elements of the game to give players a Star Wars adventure of greater depth and breadth to explore.

This move leads to a few other changes:

A development team from across EA Worldwide Studios will take over development of this game, led by a team from EA Vancouver that has already been working on the project. Our Visceral studio will be ramping down and closing, and we’re in the midst of shifting as many of the team as possible to other projects and teams at EA.

Lastly, while we had originally expected this game to launch late in our fiscal year 2019, we’re now looking at a new timeframe that we will announce in the future.

Bringing new Star Wars games to life for every passionate fan out there is what drives us as creators. It’s what has inspired us to deliver the massive new Star Wars Battlefront II experience launching in just a few weeks.  It fuels our live service in Star Wars Galaxy of Heroes.  Making games in the extraordinary Star Wars universe is truly a dream for so many of us at EA, and we have so many more experiences to come for players on every platform.  We want to take the time to get each game right, to make it unique, to make it amazing.

We look forward to answering more of your questions, and sharing more on our plans and timeline for this new Star Wars experience, in the months to come.