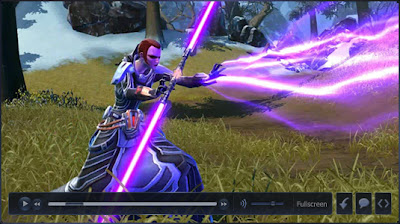 as if beta for everyone wasn’t enough of a news update this Friday, BioWare also gave us a new instalment of the “choose your side” series. IN this one, the Republic Trooper takes on the Sith Inquisitor.

As last time, ome of the games developers give their two cents on which class they believe will come out on top.

In the new video series “Choose Your Side,” members of the Star Wars™: The Old Republic™ team plead their cases, highlighting some of the many skills and abilities that set each class apart from the rest. In the second video of the four-part series, two of the most iconic classes in the Star Wars™ universe face off as the Force-wielding Sith Inquisitor ambushes the stalwart Republic Troope