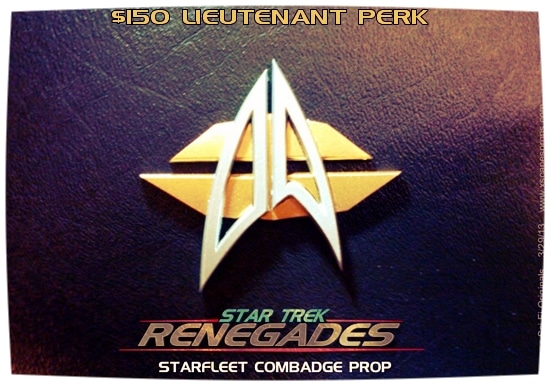 We know some of our fellow Star Wars fans are also Star Trek fans and you might like this little piece of news: the new unofficial Star Trek film is available online for free!

“Star Trek: Renegades” is a planned Internet series and the first 90-minute episode was released on Monday, August 24th via YouTube. It was financed primarily by three crowdfunding campaigns over the last several years and it’s not part of the official Star Trek universe. You can learn more or support the ongoing efforts from their official website for Star Trek Renegades.

All in all, it’s a pretty good film, especially to see what they did with the budget they had to work with.

See if for yourself:

Our pilot episode is completed and will be released to supporters in the very near future. Renegades features a combination of familiar Star Trek character and actors, plus a collection of hot, new rising actors.

When a seemingly unstoppable new enemy threatens the very existence of the Earth, Admiral Pavel Chekov (Walter Koenig) is forced to work outside the boundaries of Starfleet’s rules to combat this deadly new foe.

When planet after planet winks out of existence, yet Starfleet refuses to act, Chekov turns to Commander Tuvok (Tim Russ, who also directs), the new head of Starfleet’s covert operations division, Section 31. Together, they assemble a new elite strike-force, consisting of rogues, outcasts and criminals, led by the fearless yet haunted Lexxa Singh (Adrienne Wilkinson).

The Renegades’ mission is simple: take on an army and stop their leader, Borrada (Bruce Young), from destroying the Earth. Outnumbered and outgunned, the ragtag crew is in an adrenaline-pumping race against time and space. But they soon find their foes are the least of their concerns: the real trouble may be coming from within!

If you’re a Star Trek fan, we want to know what you think. Drop us your opinion in the comments.