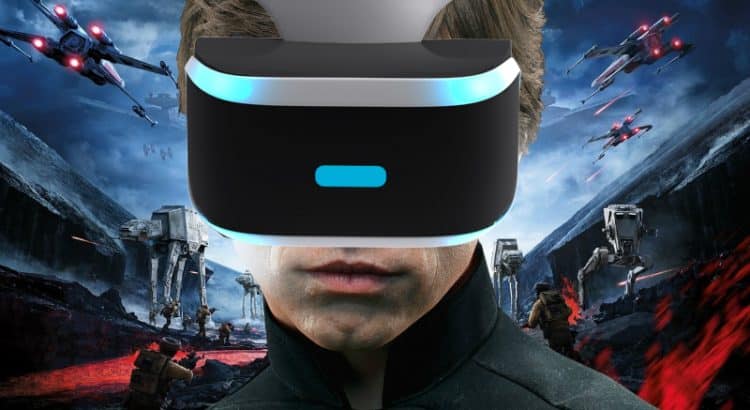 According to DICE, Star Wars: Battlefront has been made with a keen eye for detail and authenticity. Indeed, the game is possibly the most good- and authentic-looking Star Wars game ever, from the complexity of the locations and various mechanical war-machines, right down to the way individual weapons look and behave when fired. Now, another layer of realism is in the works, or rather, another – thus far only dreamt-about – way of experiencing the game’s authenticity is in the works and set to come about later this year completely free for PS4 owners. What we’re talking about is the Star Wars: Battlefront X-Wing VR Mission, which Criterion Games and DICE are currently working on and which is set to come to PlayStation VR exclusively.

Criterion have racked up quite a bit of experience in vehicle gaming, and this will be a sort of crowning piece for their work. Piloting an X-Wing is obviously one of the Star Wars experiences many have dreamt about over the years. Fans have obviously tried to act it out and there are indeed few Star Wars buffs out there who have not imagined being involved in an X-Wing battle at least once in their lives. The X-Wing VR Mission is the closest they will come yet to making that dream come true.

While there’s little known about the mission in terms of specifics, Criterion and DICE have made it clear that their dedication to authenticity has been retained throughout the new project. They have also revealed that the magnitude of the environment will be truly awe-inspiring, epic but also quite realistic, making players feel that everything is “more real” than they could ever have imagined.

The fact that he mission is free for all PS4 owners is the creators’ way of rewarding this category of players for their loyalty.