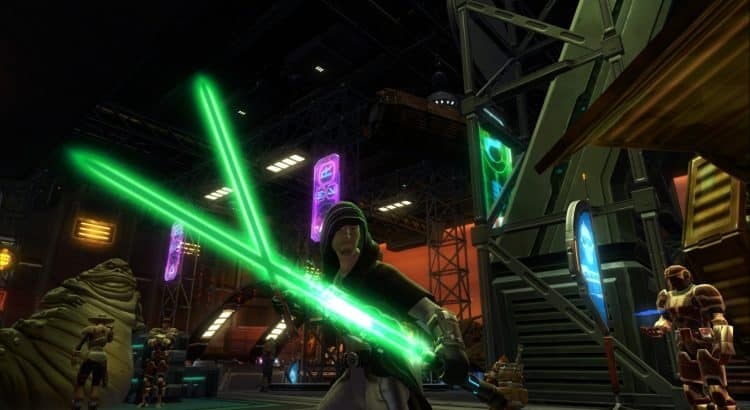 It comes as no surprise to most regular MMO gamers that players consume content at a rapid rate. Just how fast that is might surprise some, however. It certainly caught Bioware off guard back in 2011 when SWTOR first launched. They put a lot of work into the game but had no idea just how quickly gamers would actually be able to consume the content. Some players blasted through the content very quickly and once they reached end game, there was nothing for them to do. They were bored. The game was old. They needed a new challenge. This leaves developers like Bioware needing to constantly be three steps ahead of the gamers or they just might lose them.

Some of the risks that we identified going into launch were becoming worse than we thought… The most worrisome was that people were going through the content a lot faster than we expected. We had expected our playerbase to play through the game and get to the endgame, on average, in about three to four months, maybe five months. It was 170-180 hours of content. But our metrics were showing us that, on average, for the millions of people playing our game, they were going through the game at a rate of 40 hours a week… [40 hours a week] was the average! We actually had people doing 80 to 100 to 120 hours a week, which I can’t even comprehend… We had people going through the game so fast that within one month, four to five weeks, we suddenly had close to half a million people at the endgame. It was something we didn’t expect at all. We had all those people at the endgame and suddenly certain things like having only one Operation, and having no group finder [tool] become much bigger challenges than what we thought they were going to be.

When we look at MMO players, progression, and content, what we see most is a race between players to “get there first”. Whether that is the first place to a max level, first guild to down an end boss, or first whatever… it’s all about the competition and we know that gamers have very competitive natures.

This post over on IAmSechari.com talks about this in much more detail. There are some really good points brought up here and honestly, I couldn’t say it any better than it’s already been said so head on over and read that post and let us know what you think.