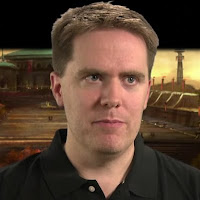 ZAM Editor-in-Chief Chris “Pwyff” Tom spoke to SWTOR Game Director James Ohlen about launch day preparations, legacy system updates, SWTOR’s short-term development plans, and much more and they have brought us this fun interview so we all can share in the news and excitement.

We’re getting closer to the days of Early Game Access, many of us are looking for ways to contain our excitement and find something to occupy us until we get in the game for ourselves. Interviews like this are one way to do that and it won’t be long now until we can say “see you in game!”

ZAM asked James Ohlen if he was nervous about the big launch day. His reply?

Not at all! It’s been six years of working on MMORPGs down here in Austin, so it’s been a big part of my life. Biggest I’ve ever worked on! SWTOR is definitely BioWare’s most epic and ambitious game. If you think about it, it’s kind of a throwback to Baldur’s Gate II when BioWare was just building ridiculously huge games. This is just… a ridiculously huge game! [laughs]
Fun stuff! Here’s more:
ZAM: Is this launch just a matter of execution, with the team being fully prepared for what’s to come, or have there been a few surprises through the closed beta tests and stress tests that have pushed you into overdrive?
Ohlen: Well, we’ve obviously found a lot of bugs that we wouldn’t have found otherwise but surprisingly, everything has been going according to plan so far. The big weekend test, where we had 750,000 unique people playing and, I think it was upwards of 250,000 people online at the same time, that weekend test we had more people coming into the game at once then we planned to have at launch. So the test was actually more difficult than what launch should be. But I’m knocking on wood when I say that.
ZAM: Could those numbers have just been the harbinger of some monumental player influx? I know you’re spacing out access across the 13th to the 20th (the official launch date), but still…
Ohlen: Because things are getting spaced out, we won’t get the same numbers we got on the weekend test because we’re limiting access; by limiting, of course, I mean several hundred thousand per day! Regardless, that’s still less than what we got hit with on the first day of the test. We’re pretty confident that we’ll be able to hold up. Unless, for some reason, we get millions more people than we expect. That would be a good problem to have.
That’s not the end to the interesting questions they had to ask Ohlen so head on over and check out the full thing for yourself. Be sure to let us know what you think.