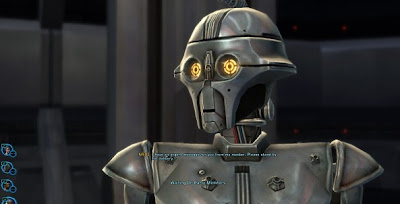 We know that SWTOR is popular. In fact, unless you’ve been living the past few months under a rock, you are aware of the hype that surrounds this upcoming MMO. What you might not know is just how much interest there really is in the game.

There is such a strong interest in SWTOR that Bioware has broken records with pre-orders and possibly records with game testing as well since they brought in 2 million game testers- all volunteer testers at that.
Testers averaged 12 hours each over Thanksgiving, according to Gamespot.com. Instead of enjoying turkey with the fam (or maybe after enjoying their dinners) there were still tons of gamers who found time to pop in and check out SWTOR for themselves.
EA says more than 725,000 unique players joined the game over the Thanksgiving weekend, making it “one of the biggest beta tests in history.” 2.4 million gamers had registered in advance on the game’s official website, with 2 million later signing up for the public beta.
This is a highly preregistered and built-in demand for the game. This is something not ever seen before on this high of a scale for the company. It means a launch advertising campaign that will focus on different things from other EA titles. For example, the focus will be on getting new customers for the long term and building subscriptions month after month.

The interest for SWTOR is clearly there- no question about that at all. The real question will lie in what they will do to keep the interest there after launch and for years to come.