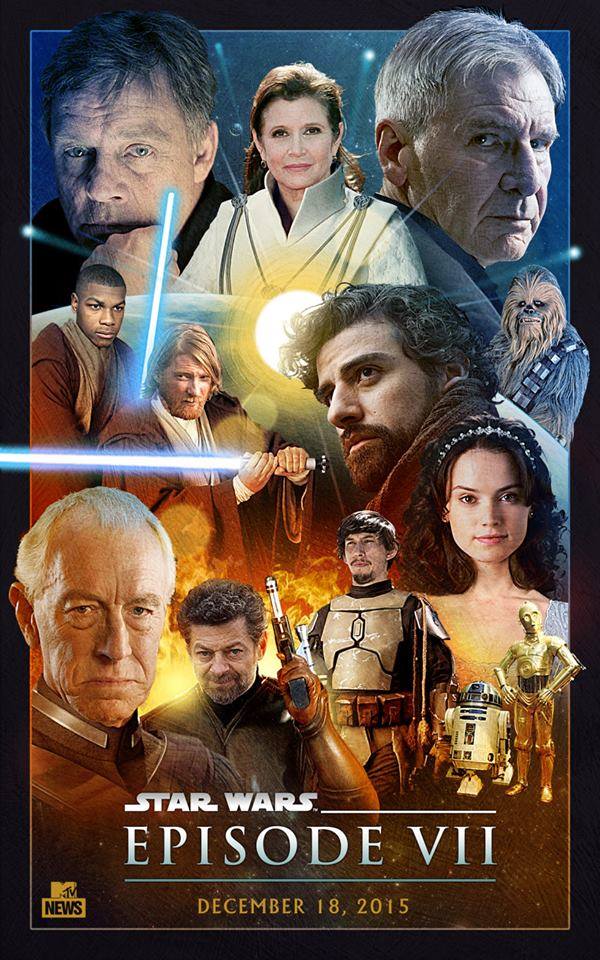 So now we know the official cast but what other rumors are there about Episode 7? Well, we’ve heard some goodies and we wanted to pass them along. First, let’s talk about titles. What could be the title of the newest film? Well, we know they are not letting that info leak this early but we have some interesting rumors.

Latino Review had some info late last year about possible working titles. Kellvin Chavez says he was “exclusively told” that George Lucas had two working titles for the film when he handed it over to Disney: Return of the Sithand Rise of the Jedi. And we also heard Rise of the Empire, The Creeping Fear and Balance of the Force and A New Dawn. And now AICN’s Harry Knowles, tells us the working title is The Ancient Fear.

So… take that with a grain of salt because it’s little more than a rumor but it’s interesting indeed.

UPDATE: And how we have more info from The Bleeding Cool stating the working title is “AVCO”:

“UPDATE: It’s not AVGO, it’s AVCO. We’ve seen proof… named after the Los Angeles cinema that showed a certain film back in 1977. They were one of only four cinemas who fitted Lucasfilm’s THX sound system for the film. And it was the cinema that the young JJ Abrams first saw the movie.

“I remember seeing an early concept poster by Ralph McQuarrie for the movie. It stuck in my head even though I didn’t know what it was — but it looked important. My second memory is actually seeing it in the theater on opening day in Westwood at Avco Theater and never being the same again.””

In addition to this, they have a screenshot of Kimberly Pope’s LinkedIn profile that lists her previous job as “Avco at Lucasfilm”. 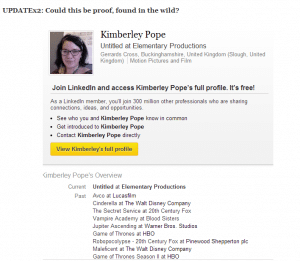 So as for other rumors, Harry Knowles mentions that Episode VII will utilize 3D printing. We also see a selfie from Bob Iger that might give us an early glimpse into Chewbacca’s costume for the newest film.

There are also many rumors out and about regarding canon and the Star Wars story. Have you heard any particularly interesting pieces of info or rumors about Episode 7?