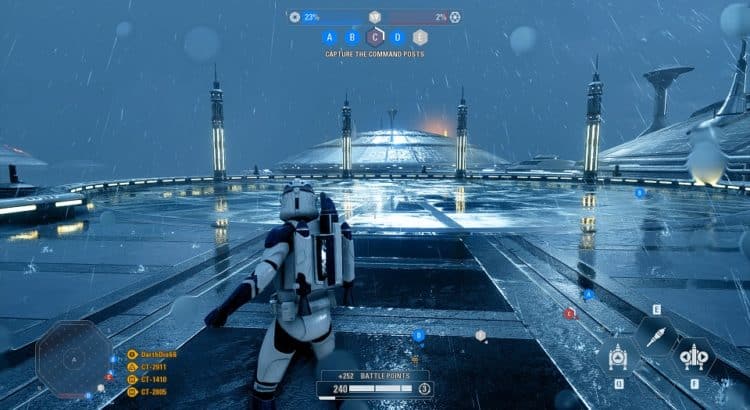 There’s a petition out to EA Games by fans of Star Wars Battlefront II who want them to continue offering paid support for the game. It was started by Christen Adler and anyone can sign to make their voice heard to EA about the game.

“Star Wars: Battlefront II is one of the greatest video game redemption stories of all time.  From a disastrous launch to a complete success, the transformation of the game is inspiring to all Star Wars fans and gamers alike.  Unfortunately, the game was cut short while still having so much potential for wonderful new content.  New maps, heroes, skins, private matches, private servers, etc. are a must for this game.  All those who sign this petition would be willing to pay for new DLC to keep this awesome game alive.

Almost 80,000 people have signed at the time of this writing. Get your signature in here.

What do they hope to gain from the petition?

2.  To initiate a response from EA, with the best case scenario being more Battlefront II updates.

3.  To show EA the Battlefront franchise is very much alive. Perhaps they will consider a third.

What can you do to help?

3.  Email, call, chat with EA about our petition

As you will probably know, Star Wars Battlefront II got off to a rocky start. The game launched with microtransactions and other issues that caused fans to issue a swift and stern backlash. EA responded to that backlash and in the end, came out with a really good game that has seen a lot of success.

While not without snags here and there, the game was greatly improved upon and has a healthy fanbase who want to see it alive and well for the foreseeable future.

Now, an end has come for major updates or paid support for the game and fans aren’t happy about it. Thus, the petition. If you agree, sign and let your voice be heard.