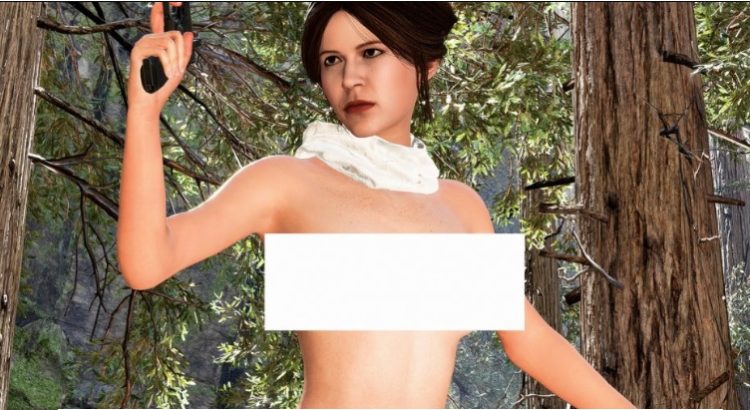 It’s been 2 years since the launch of Star Wars: Battlefront 2 and we’re still seeing interesting mods pop up every now and then. One that is sure to grab the attention of long-time Princess Leia fanboys is a recently released full nude mod for Leia’s character in SWBF2.

Yup, you read that correctly – with the use of a mod that just became available for download on NexusMods, players have the ability to traverse the sprawling landscapes of the game dawning nothing more than Leia’s birthday suit. It’s worth noting that the mod goes into quite a bit of detail as well.

Due to the adult nature of the mod, we won’t be including any graphic images or a direct link. All you have to do, though, is head over to NexusMods, log into your account, make sure that adult content is activated within your account setting, go to the dedicated page for Star Wars: Battlefront 2 mods, and use the search bar with the phrase “Nude Leia” and you’ll be able to find it fairly easily. You need a login though.

As with most mods – it’s probably safe to utilize this one while playing on your own, but we definitely don’t recommend attempting to use the mod while playing in online matches. While some players may find it entertaining and be accepting of it – especially since it’s a cosmetic modification, not a gameplay altering cheat – it is still highly likely to land you on the broadside of a ban hammer at some point.

Nude character mods have been around for ages now. They’re prevalent for everything from Elder Scrolls titles to Grand Theft Auto, and of course there is a nude mode for SWTOR also. It’s not surprising that a mod dedicated to perhaps the biggest sexual icon of the Star Wars franchise (predating Rey, of course) would be developed. The biggest shocker here is that it took two years for a Battlefront 2 Leia nude mod to be released.