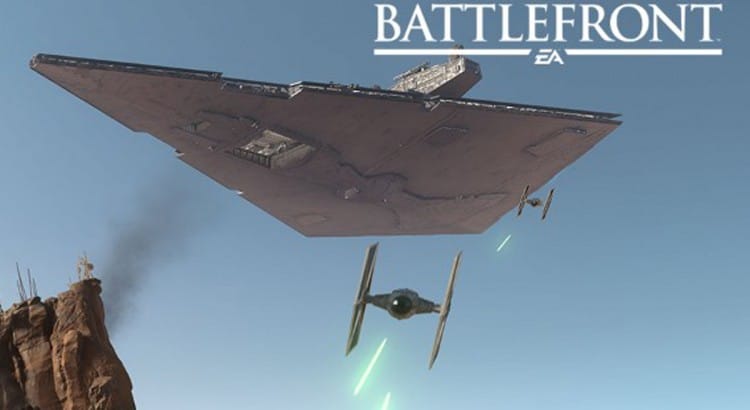 Electronic Arts and DICE have just released a small teaser for the first DLC pack for the upcoming video game Star Wars Battlefront, “The Battle of Jakku“.

Apparently  Jakku is the desert planet seen in The Force Awakens trailer and players will be able to play out the battle which took  before The Force Awakens. In the end of the teaser, we see the Star Destroyer from the trailer chrash.   Check out the teaser below,

Pre-order and play early: Learn More http://starwars.ea.com/
Be among the first players to experience the Battle of Jakku*, the pivotal moment when the New Republic confronted key Imperial holdouts on a remote desert planet. Taking place in the aftermath of the Rebel victory in the Battle of Endor, players will experience the events that created the massive, battle-scarred landscape of Jakku shown in Star Wars™: The Force Awakens™.

Star Wars™ Battlefront™ is available November 17th on PS4, PC and Xbox One.

Subscribe and be the first to see more trailers and gameplay: http://bit.ly/1Ge7NQ1

See what people were saying about the Star Wars Battlefront Beta:http://starwars.ea.com/starwars/battl…