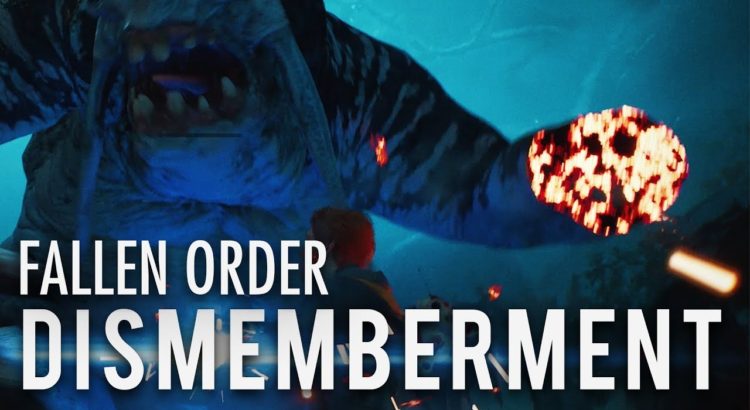 Despite the fact that every true Star Wars fan knows and respects the limb-slicing capabilities of a lightsaber – we really haven’t seen much of it in the franchise’s video games. Star Wars Jedi: Fallen Order isn’t going to break the cycle either, says Aaron Contreras, the narrative lead at Respawn Entertainment.

While the developers recognize that players would love to have the ability to chop off arms and other body parts – Respawn states that they prefer to save this gruesome display of power for pivotal moments in the story itself. A sentiment that they believe follows the same climatic experiences of the Star Wars movies.

Star Wars games have, for the most part, been pretty conservative when it comes to gore and extreme violence. A few key moments in campaigns feature some brutal lightsaber action, but not much else.

There have been titles where the gore levels were a bit higher. Star Wars Jedi Knight: Jedi Academy (which was released in 2003) gave players more free reign when it came to swiping off Stormtrooper limbs, decapitating enemies, and more. Since then, however, most of the power of a lightsaber has been kept subtle throughout Star Wars themed video games.

In Star Wars Jedi: Fallen Order most combat features a lot of flashing lights and sparks – blood are graphic executions are noticeably lacking a presence in the game. So, if you’re looking for a gory, hack-and-slash game you may be a bit disappointed. It is possible to thrust a lightsaber straight through the chest of a trooper, but aside from a charred hole left behind on their armor, there isn’t much to show the true intensity of the blow.

So, no, dismemberment isn’t something you’ll see a lot of in Fallen Order. A cinematic scene or two may feature a limb being forcibly removed with a lightsaber, but players won’t have the freedom to use this level of brutality outside of a select few incidents.

If you really think about it, though, the action of hacking off a limb does lose it’s dramatic and intense feel if it’s something that happens often. You become numb to these kinds of violence once you’ve seen it a few times in a short span of time. There’s definitely some credibility behind saving dismemberment for key plot points to turn up the magnitude of a moment.