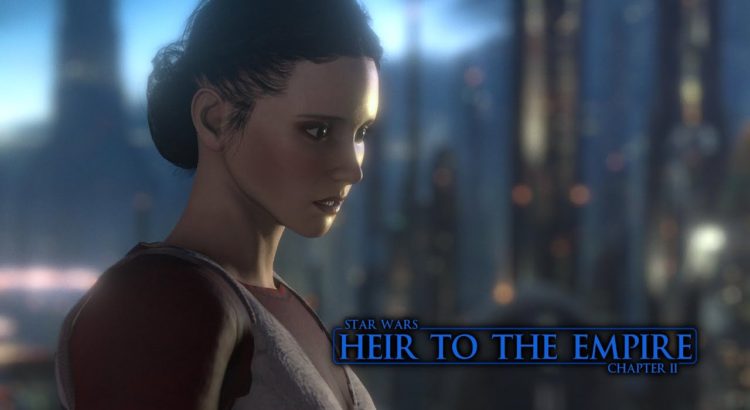 It’s fanfilm time again! If you’re a regular here, you know how much I love those. And if you’re not, well, I hope you stick around because we love writing about all things Star Wars and Star Wars gaming.

Up today we have Part 2 of Star Wars: Heir to the Empire from DarthAngelus.

I covered Part 1 for you back in June so if you missed that, go check it out first.

Chapter 2 of Heir to the Empire, by Timothy Zahn. Adapted into a short fanfilm. If you never read the Thrawn Trilogy, the whole trilogy of books is available via Amazon As the first three of many Star Wars spin-off novels, it marked the beginning of an era of rapid expansion of the Star Wars Expanded Universe. The titles of the three books are: * Heir to the Empire * Dark Force Rising * The Last Command

Check it out and let us know what you think in the comments.