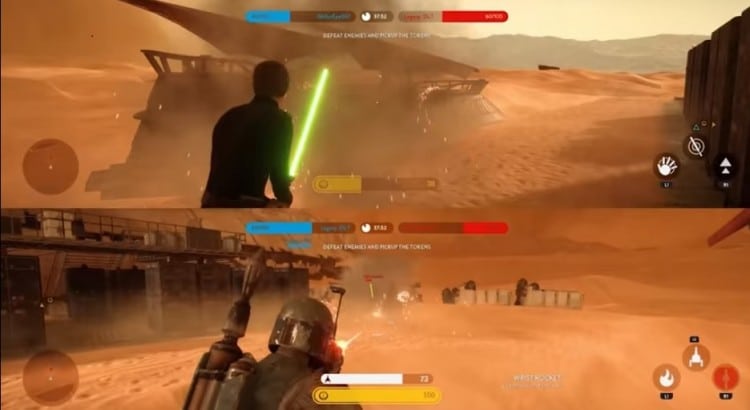 A brand new video of gameplay for Star Wars: Battlefront has been released online. The video has not been released by publisher EA officially yet, but instead it’s a series of clips that someone has taken from the Star Wars Battlefront website and they have all been pieced together.

Not only do you get to see hero characters like Boba Fett, Han Solo, Leia, and the Emperor in battle, but you also get to see different looks from different locations of the game. These areas include Endor, Sullust, Tatooine, and Hoth, where the Empire and Rebels are seen fighting it out not only on land but also in the sky.

“Anecdotally, what we have seen is that Star Wars Battlefront is bringing in two groups that are very important groups to us,” said CEO Andrew Wilson. “One are gamers that have lapsed, traditionally who have been big gamers in the past and maybe haven’t played for a while, and [Battlefront’s beta has] certainly been a catalyst for those people to come back into the gaming universe as it relates to console. And two, onboarding a new younger age demographic.”

On October 29th, EA decided to update its shipment forecast for Star Wars: Battlefront in response to positive reception to the game’s multiplayer beta. The publisher is now expecting to ship out 13 million copies by the end of its current fiscal year.

Recently, a trailer for the Battle of Jakku, which is the new Star Wars: The Force Awakens inspired DLC, which is coming to Star Wars: Battlefront in December, was released.