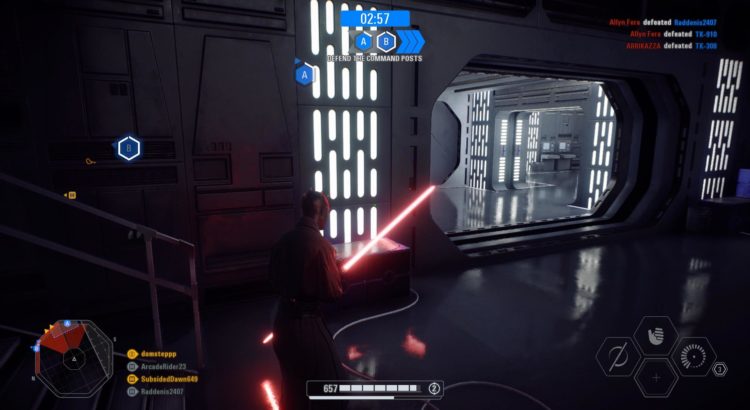 The guys over at DICE have a small patch releasing on May 28 which aims to address a selection of issues that they have found, but also makes changes to the current milestone requirements for some of the appearances, including Darth Maul’s Old master.

The Devs are making changes to the appearance milestone requirements, and instead of requiring you to defeat 5,000 enemies with a specific hero, this can now be done for any hero on their respective side. This means that for Darth Maul’s Old Master appearance, you will no longer need to defeat 5,000 enemies as Darth Maul, but as any hero on the Dark Side. Defeating enemies as a Light Side hero will be required to unlock the Luke Farmboy and Princess Leia appearances.

As a team, they would like to give a shout out to those who have already unlocked the Old Master Appearance, the Force is definitely strong with you!

Elsewhere in appearances, the AI-controlled Clone Troopers will now be equipped with Phase 2 armor on the Republic Attack Cruiser.

AI behavior has also been adjusted, and you’ll now see improved behavior around Command Post E on Death Star 2, in both Instant Action and Supremacy.

Kylo Ren and Darth Vader have had tweaks made to some of their abilities. Kylo Ren’s Frenzy attack will have its base damage reduced from 125 to 115. Whereas Darth Vader will receive multiple changes.