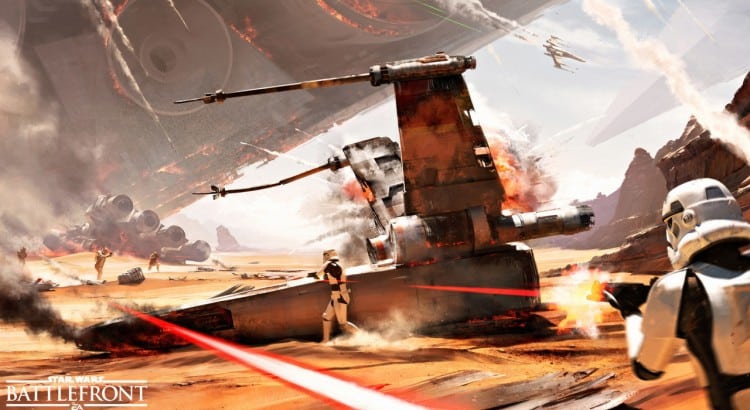 Sony made the announcement regarding the price of their PlayStation VR in early March, after their main competitors had made their moves in this respect. What has been clear from the get-go is the fact that Sony are looking to dominate the VR market from the beginning. The price of PlayStation VR is extremely competitive and there will apparently be plenty of content available for it right from its launch. One of the titles that will be made available to players is apparently the Star Wars: Battlefront VR experience, which will indeed be a playable game, and which fans will be able to play in October.

According to Sony’s John Koller, the Battlefront VR experience will be very “special” as it will be looking to accomplish nothing less than to transport players right into the midst of the Star Wars universe. According to Koller, the game might just become a “killer app” and it will definitely be very different from the regular PS4 game.

The game will also be exclusive to PlayStation VR and as such – given how the Star Wars canon is such a superb theoretical match for the platform to begin with – it could well become one of the spearheads of Sony’s VR domination push.

All-in-all, Sony is planning to have some 50 titles ready for its VR upon its October launch, and Koller has indeed confirmed that Star Wars: Battlefront will be one of them. How the jump to VR will impact the fast-expanding Battlefront universe remains to be seen. One thing is certain though: oft-criticized for an initial lack of depth, the creators of the game have already begun rolling out DLCs, thorough the Outer Rim expansion made available to Season Pass holders a couple of days ago.