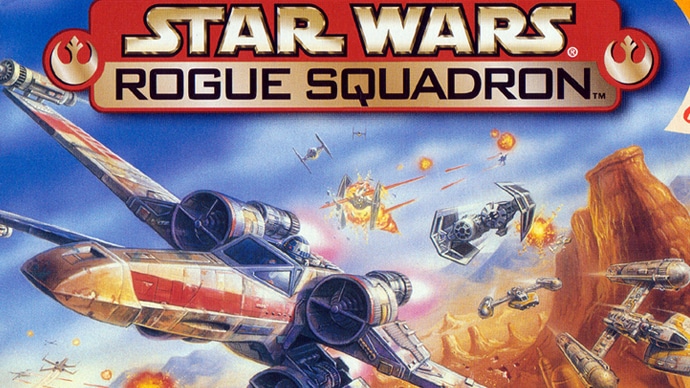 I do love going back in time and replaying some of my favorite games, especially when they are Star Wars games! Following this series on StarWars.com has me wanting to play all of the old golden hits all over again.

In Replaying the Classics, StarWars.com revisits Star Wars games of yesteryear, examining why we loved them then and why they stand the test of time.

This article covers the playing of Rogue Squadron, which was honestly one of my favorites back in the day, so I was very excited to see it being revisited. It was inspired by the Rogue Squadron comic books of the mid-90s (which I fondly remember from my youth) and was an aerial shooter style game.

It was created for the N64 with the single-thumbstick gamepad when it first released but you can play it on your PC now with your favorite controller or joystick and it still plays well. You only need one analog stick to steer your X-Wing or other starfighter in the game and learning to fly in this game does not come with a steep learning curve.

A snippet on the fighters available from the StarWars.com article:

“Most of your favorite starfighters are available for you to take into battle, keeping in mind that the game launched in 1998, before even The Phantom Menace had made it to theaters. You’ll start off in Luke’s T-65 X-wing, then gradually earn access to fan favorites like the A-wing, Y-wing, Naboo N-1 starfighter, Millennium Falcon, and a Legends version of the V-wing airspeeder, seen mainly in Dark Empire and this game. Each vessel has its own set of unique abilities and attributes, introducing more fun and variety into engagements as you make your way through the story. “

Alex Kane goes on to tell us more about the game and how it holds up by today’s standards of gameplay. Check out the full article to learn more. As for me, I think I want to try my hand at some flying and shooting with classic Rogue Squadron after reading this.