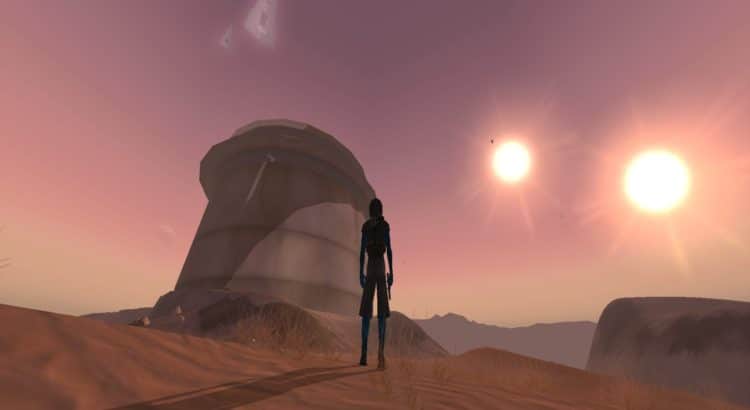 Who remembers Star Wars Galaxies? We have talked about this game at length here on the site and it has a bit of a bittersweet tale as it was the most popular Star Wars game at the time that we started this site, in anticipation of Star Wars The Old Republic getting released.

Many predicted SWG getting shut down with the new Star Wars MMO coming out, but we still hoped it wouldn’t be the case. Isn’t our world big enough for both?

Alas, the doors closed on SWG and it is now only available from the SWGEmu, which we gave also written about extensively here, but if you’re looking to revisit SWG, you may like this post from ReforgedGaming.org.

” If you’re one of the few that has never heard of Galaxies, you may be more familiar with the title that “replaced” it. Star Wars: The Old Republic launched in December of 2011 and offered an outlet to continue your Star Wars saga in another MMO. These games were fundamentally different and it’s that difference that made SWG so beloved by the fans. It’s also something that no one else has managed to capture since the servers were shut down in late 2011.”

They go on to talk about the highs and lows of the game, the things that make it great and the shortcomings and how SWG offered a great escape for so many Star Wars fans.

“Today, Star Wars Galaxies lives on through the hard work and dedication of a small group of programmers working to restore the game to its former glory. In many ways, it’s a caricature of the game that was. The developers lend their own interpretation to elements of the game that may have been lacking, all while doing their best to avoid the Disney hit-squads armed with legal documents. For players hoping to relive their SWG youth they can check out the SWGEMU project for themselves. Perhaps one day we’ll see the fabled Star Wars Galaxies II but such a project would demand a level of courage and vision and that’s sadly in short supply these days. “

It’s a wonderful memorium of this great game and it’s well worth the read, even if you’ve never played the game.