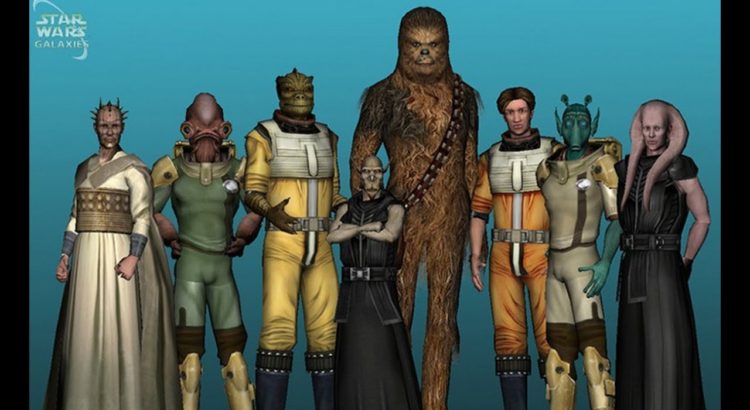 Did you play Star Wars Galaxies? We’ve talked about it a lot here before because it is still one of the most popular Star Wars games to date. If you missed out on it back then, there’s still a way for you to play it now, which we will add at the end. For now, let’s take a look at all that this video has to show us about SWG.

In this video below, The Positive Gamer talks about what made SWG so popular, how it was different from other games when it first came out, and how it differed from other Star Wars games up to that point. There was player-built housing, within player-built cities, and it was an entirely new concept from other games of the type. It didn’t have tons of NPCs to fill roles within the world. Instead, the expansive world of SWG had players fill these roles as well. It was like a simulation game in that sense, with a Star Wars theme that fans would love. Players were forced to rely on one another within the game for the things they needed. It kept the virtual world spinning, and professions really had a purpose.

The video, which is just over 12 minutes long, will show you some of the many things that SWG had to offer that are unique from other games like this.

Love it or hate it… SWG will never be forgotten!

So there you have it. What did you think? Did he cover Star Wars Galaxies well?