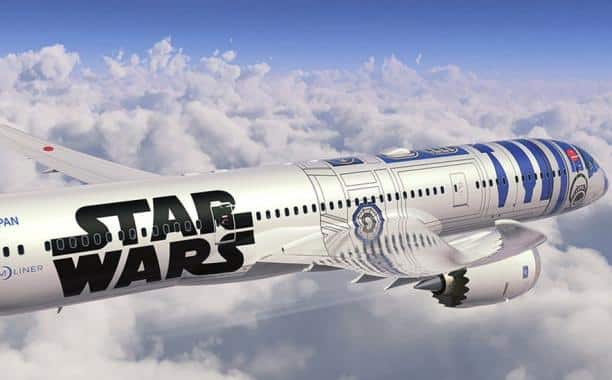 Great news Star Wars fans! The Huffington Post reported that this coming fall, All Nippon Airways will be transforming one of their new Boeing 787s with an awesome R2-D2 deign to honor the new movie release in December.

If you visit the All Nippon website you will notice that it’s currently dedicated to the new project that is underway. The website says that this is the beginning of their “Star Wars” project, which is a five year long project that is trying to connect Japan to global markets.

The plane will have a large Star Wars logo on the side and R2-D2 stripes as well. The plane has only been confirmed for use on international routes, so far. Hopefully we will hear news telling us that the flight attendants will wield light sabers and maybe dress up as some of our favorite characters!