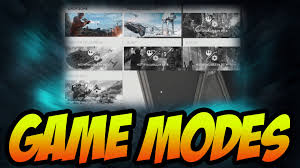 If you’ve been playing Star Wars Battlefront 2, you may have noticed it now has a lot of game modes. Some of these new game modes include a new Campaign, a PvE Horde Mode, and the return of Supremacy.

So, what do they all mean and what do you need to know about them? Let’s take a look.

Supremacy – This is a multiplayer mode, previously known as Capital Supremacy. It’s a 20v20 game mode that has multiple phases and 24 additional teammates (AI controlled). It’s a largescale, epic fight for control points around the map. There are Two Phases to conquer.

Galactic Assault – This is also a multiplayer mode, and also a 20v20 large scale battle. This one is a linear objective-based game mode that requires you to fight through multiple stages. Objectives can vary from map to map.

You can learn more about these and the other game modes in Star Wars Battlefront 2 in this post at GameRant.com.

Do you have a favorite game mode?