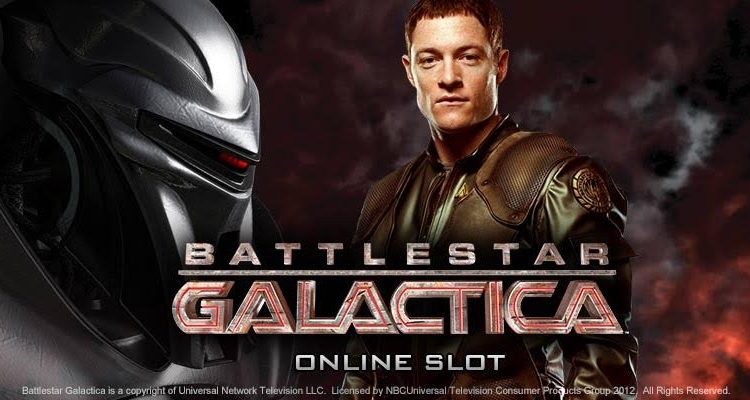 Star Wars would make an awesome theme for a slot machine! It has everything – missions, characters, a Light and a Dark side, lasers, fights, as well as greedy gangsters and idealistic statesmen. Unfortunately, Lucasfilm only approved a land-based slot machine based on the franchise, and Disney has removed that one, too – probably with the goal of making the SW universe more kid-friendly (although the number of blasted stormtroopers and severed limbs makes it a less than ideal story for a kid, I think). With no such thing as a SW slot machine, fans with a taste for such games have no choice but choose alternatives. Today I’ll show you the one I love the most – also inspired by an epic cinematic universe.

Battlestar Galactica combines the journey theme from Star Trek with the epic visuals and dogfights from Star Wars. The original even looked like SW a bit, from time to time. The new rendition of the story, though, takes things to a whole new level of epic, with even more dogfights (no lasers, though), and surprising twists in the eternal fight between good and evil (light side, dark side, you know).

Cylons at the casino

The slot machine version of the Battlestar Galactica TV series hit the All Slots Online Casino, http://www.allslotscasino.com, in December 2012, as a Christmas treat for both the series’ fans and slots enthusiasts. And it was an instant success – partly because of the theme it had. Visually, it’s easily one of the most beautiful games ever to be released at the All Slots, with a near perfect combination of symbols taken from the show, and others that take care of some more special features in the game. Not to mention Bear McCreary’s award-winning score in the background. And when it comes to game mechanic and wins, it’s also a great addition to the casino’s game library.

The Game (you just lost it!)

For a slot machine, Battlestar Galactica is surprisingly complex. Aside from its multiple game modes and features, it also has a ranking system – with every spin, players gather experience, and advance in ranks. And with every new rank they unlock more video content inside the game. During the game, the epic space carrier will either flee the Cylons, or engage in combat – randomly. Both game modes come with their own perks: in Run mode, the winning combinations count both ways, while in Fight mode, extra wilds, and split wilds, can appear anywhere on the reels.

About the All Slots Online Casino