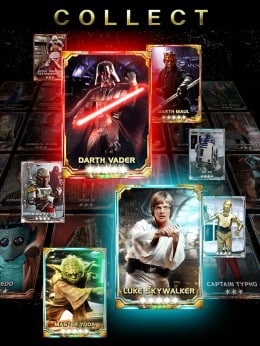 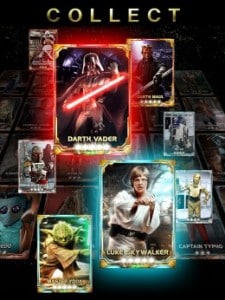 There’s a new Star Wars game on the way and this one sounds pretty interesting for those who like card battling games. Konami just announced a brand new Star Wars-centric card battling game called Star Wars: Force Collection for iOS. “It will have more than 230 heroes, villains, and vehicles from all six episodes” which will be used to build decks to complete quests, participate in “massive battle events,” and more.

They said there will even be a light and dark side system. Details are still vague at this time but there is a bullet list with some details on the game’s website.

It will be interesting to see how this game will develop over time. iPhone users have been asking for a new Star Wars game for some time now.

What do you think- does this sound like a game you would want to try or will you leave it for the kids?