Following last month’s Attack of the Guild article covering the mission statement of your guild, this month continues our discussion with guild control and sharing power as a guild leader. I’ve always contemplated on how much control a guild master should have over his/her guild and always challenged myself to find the perfect balance – a task that’s easier said than done.

When Alpha Strike Force (ASF) started its SWToR guild a little over a year ago, a lot of its activities revolved around the initiative of its Guild Master. The GM would have to spend time recruiting, setting up events, ranks, making posts at the forums and in general be a one-man show. While the guild was small, its management was rather easy and the fact that there was always someone there to cover the back-end work send out the message to rest of the members that this guild wouldn’t disappear overnight due to its GM’s indifference. It also communicated to potential recruits that ASF was consistent to what it did. This period reminded me of the Imperial way of running things. 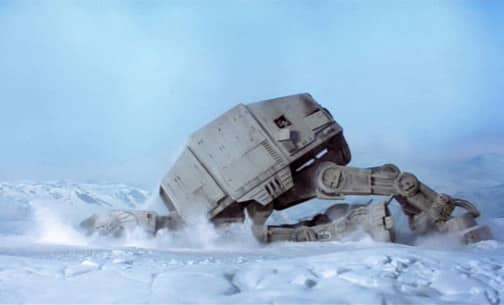 Why did the AT-AT collapse? It was top-heavy…! Like a guild’s structure!

Like the Empire under Palpatine’s control, all decisions, actions and direction of the guild were provided by a single person and -maybe- the GM’s right hand man (let’s call him Darth Vader). This ensured that guild members didn’t have to spend any time worrying about top-level decisions and generally followed the direction the guild leaders set out for them. This also allowed for consistency and order across the guild – as a matter a fact – ASF had zero drama during that period since no one had to offer an opinion and argue why the guild was doing one thing over the other. That’s not to say that, unlike the Empire, guild leadership didn’t ask for feedback. During that time and since the game was still new, most guildies were focused on running through the games’ content rather than worrying about what the guild was doing.

As the guild started getting bigger and bigger, it was becoming clear that running a one-man show was clearly not an option. You can ask many different guild leaders and they will definitely confirm that at some point in their membership they got overwhelmed by running the show on their own. This will happen to anyone regardless of how motivated they are. The problem with any organizational structure that’s top heavy is that as the it gets bigger, it becomes more likely to collapse over the burden of responsibility and tasks. Just think when it was the last time you were in a guild and the whole thing disappeared over night, when the guild leader decided to step down. Almost Like Palpatine’s empire when the second Death Star was destroyed. It crippled the empire and left a once powerful group without any direction. (ok SW purists – I know that Admiral Thrawn took over after that!) 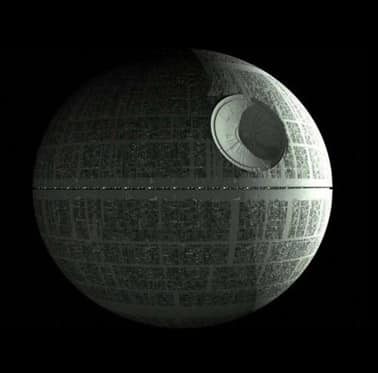 Let’s vote everyone! Should we destroy Alderaan?

That’s why it’s important to have a more democratic approach to guild management! Seek out these people who have consistently contributed to the guild and volunteered to step up to share the load. Even if they take a small task off your plate it still helps. Get enough like-minded people doing their little part and before you know it you can focus on the very important aspects of the guild. It’s like the Rebels during the original trilogy... Even though they kept losing valuable members, they persisted and outlasted the Imperial scum in the long run! Sharing the control of the guild, ensures that everyone has a stake at the guild’s well-being. It makes everyone vested in the guild’s success and gets all members actively engaged.

This was certainly one of my realizations while leading ASF through the first half of 2012. Building a guild from scratch is definitely hard. Sharing what you personally built with someone else is even harder… but it pays off in the end!

So next time you log in and look at your guild member list – think this for a moment…. Who would step up to replace you if tomorrow you had to quit playing? What is your guild all about? Is it about you or its members?

Until next month... Elrik checking out!