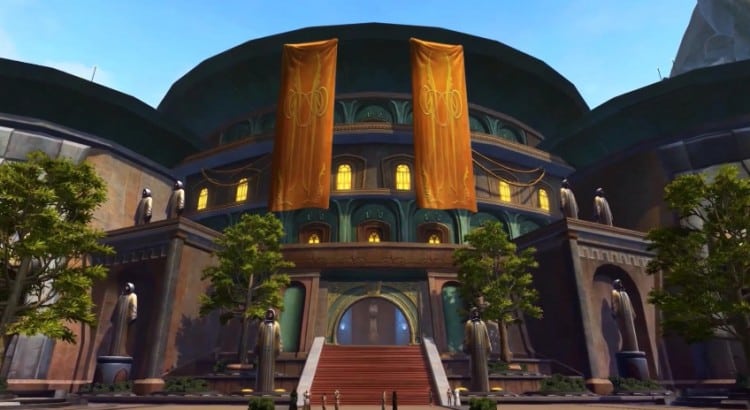 There are many reasons to love MMORPGs and SWTOR has all of these features packed into one great Star Wars themed game. Of these, character customization is an important one. Sure, there are many other important elements, such as those that affect gameplay, but when it comes down to it, looking cool is important to many players. When you’re rolling characters in a role playing game, there is usually a part of you that wants to get into the character you’re playing. You want your character to reflect parts of your personality or of the personality you are role playing.

Now if you want to learn how to make your character in SWTOR look cool, this great video from SWTORista’s Academy series will help you. In the video they explain the outfit designer, which is a pretty cool feature. I remember when WoW first got a feature like this. It was awesome because for years of playing the game we had wanted a way to still wear our best and most upgraded armor while also looking good in the process. SWTOR knew that players were going to want the same so they gave us a handy feature to make it happen.

“How do I make my character look cool? The outfit designer, and how to use it. How to dress your space barbies!”

The video is actually really helpful because it does more than just show you how it works; she also tells you where and how you can get more gear for your character’s outfits and also more about the types of costumes you can use (which is nearly anything in the game). So if you have not already, check out the video and stay tuned for more from the series. We think SWTORista is doing an awesome job!

One thought to “The Academy: How to Make Your Character Look Cool in SWTOR”