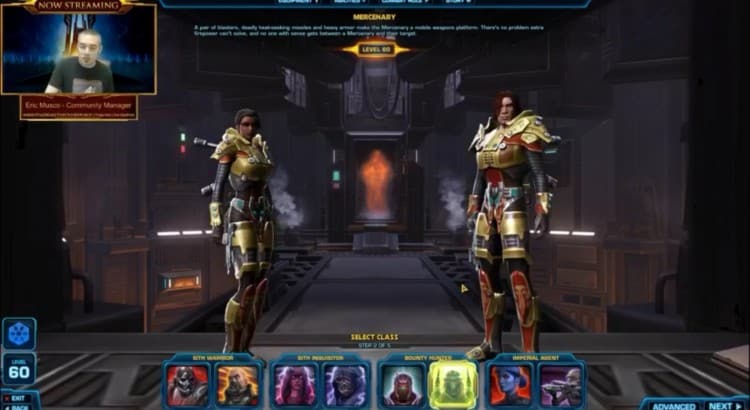 You might remember when BioWare was promoting KotFE that they brought in several well known live streamers and live video people to help promote the new expansion. They had YouTube content creators as well as popular Twitch streamers talk about SWTOR to their own fanbase. They also seemed to talk to outside streamers from other games about trying SWTOR and also introducing it to their audiences. It’s not a bad strategy, honestly. It’s something that most companies will do in a time like this but some will say it failed for BioWare in this scenario.

It doesn’t look like it paid off how BioWare would have hoped because they aren’t using that tactic anymore. It’s common practice for companies to experiment with different marketing tactics to see what works and this wasn’t a bad idea in theory. I work in marketing and I know the power behind brand ambassadors and word-of-mouth advertising. The big problem here with SWTOR seems to be the follow up.

They put this budget and energy into getting some of the top livestreamers to play the game but they didn’t seem to do a lot of follow up to tie this into the game, or sign ups for the game. They also didn’t seem to do anything to mesh this with the existing players. It seemed to be designed only to build hype and bring in potential new subs but then it just died off. There weren’t huge incentives for the livestreamers either, so not as much reason for them to really give it their all (unless they just happened to be passionate about the game).

Could BioWare make better use of livestreamers for promoting the game? I think they probably could if they were truly invested in using this method properly. I think if they repeat the way they’ve done it in the past, it’s going to end in a flop. Many people, including current players, would want to see quality livestreamers.