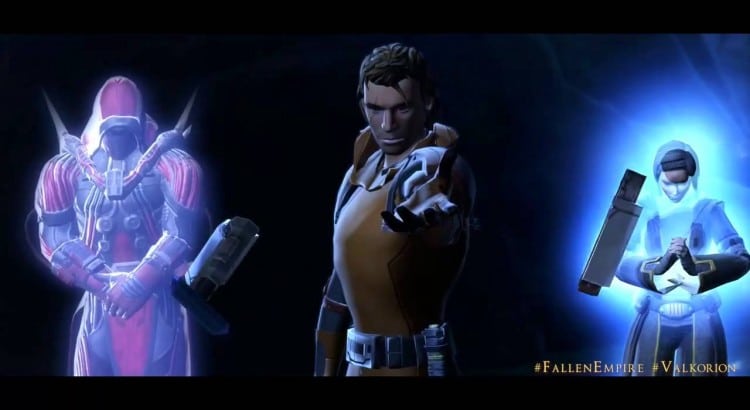 Chapter XII: Visions in the Dark! Confront Valkorion in the wilderness of Odessen as the Alliance prepares to undertake a life-and-death mission to the heart of the Eternal Empire. Players who were subscribed on April 1st have immediate access to this new Chapter, and it will be available for all other Subscribers on Thursday, April 7th.

Ranked Warzone Arena Season 7 has started! Get in there and go berserk!

New Warzone: Alliance Proving Ground! Train with another mixed-faction Alliance team by vying for control of multiple control sectors in this new Odessen-based Warzone! Use power ups to turn the battle in your favor!

New Gameplay Option: Focus! Both PvP and PvE instances are now available on any server, allowing friends who prefer any gameplay type to play together on the same server. Players can toggle their focus via the mini-map icon.

Unlock additional Strongholds! You can now activate all 5 Strongholds for use by your Legacy!

More Flagship Decorations! Starting hook count for Republic and Imperial Flagships has been increased to 300 Decorations (+50%).