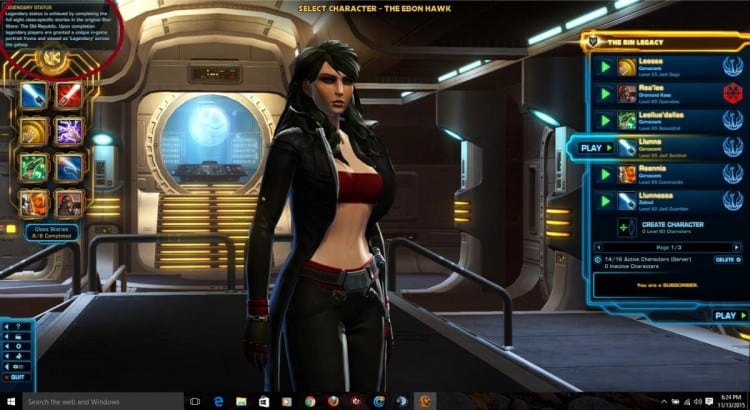 Eric Musco have posted some clarification on official forums regarding the lost legendary player status, that apparently have a bug.

Hey folks,
We have seen quite a few reports of players who have lost their Legendary Status following Game Update 4.2 on Tuesday. First, a reminder of what Legendary Status is. This system was put in with Knights of the Fallen Empire as a reward for players who had completed all 8 Class Stories all the way through Act 3. We wanted to make sure that their efforts were rewarded, beyond just Achievements alone.

Along with the KotFE launch, we also introduced Start at 60 tokens. Unfortunately, there was a bug where sometimes a character made from a token would grant a completion for Legendary Status. This was not intended as that character never played through and completed Act 3. With Game Update 4.2, we corrected that bug and along with it, removed any unintended progress from Legendary Status. At this time there are a few specific issues that have been raised: