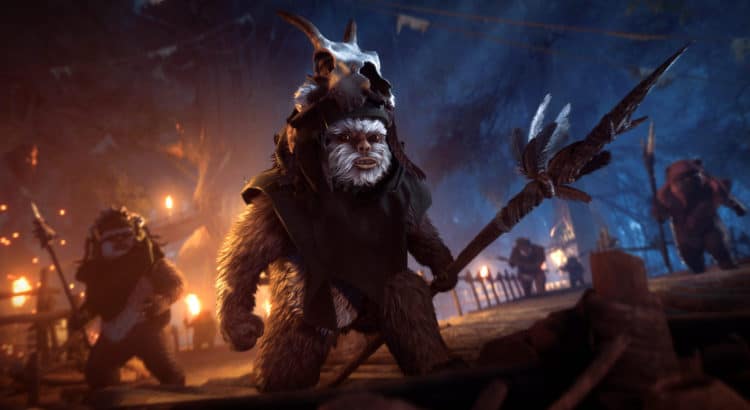 Here is the patch notes for the “Night on Endor” Update. This update finally brings playable Ewoks to the game! In Ewok Hunt players will take on the role of both Stormtroopers and Ewoks as the former try to survive the night on the forest moon.

This update also bring more Appearances into the game so you can start to customize your Troopers and Heroes. This is just the beginning when it comes to ways to customize your look in-game, and we’ll continue to add more options as time goes on.

This update also brings fixes to  bugs and balance tweaking by making a variety of updates. Read on below to see what is changed:

Iden’s STUN DROID ability was shocking twice for 0.5 seconds with a 1.3 seconds delay in between. The intent was to give a chance to the target to roll away from the second stun and provide some skill reward. This ended up being confusing and rarely worked out as intended. Given Iden’s recent improvements, this ability became too powerful and we needed to lower its effectiveness.