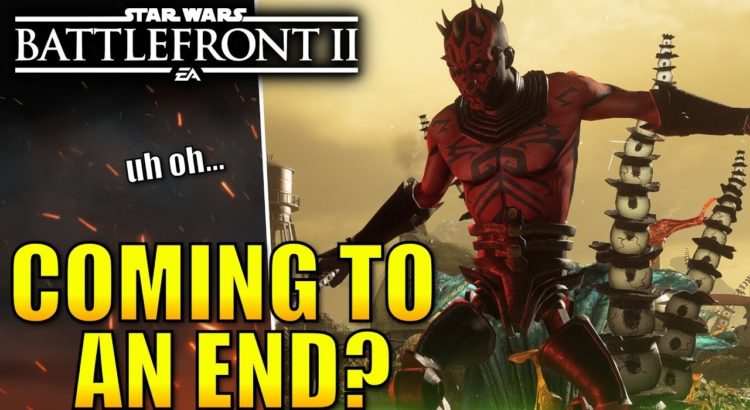 Things in the video game industry can move pretty quickly sometimes. And other times they can crawl like a snail. Due to the coronavirus pandemic sweeping the globe right now, we’re seeing unpredictable behaviors in our games, especially multi-player games.

Star Wars Battlefront 2 is not immune to this. We already reported that the Battle of Scarif update has been postponed. Given the state of things in the world, this is understandable and that alone is not reason to suspect the game could be on the decline.

There are some other concerns being discussed such as the favorite community manager stepping down from the role because he got a promotion and there’s been no mention of who the replacement for Ben will be.

In this video, TheOzzyJedi talks about why he’s a bit worried about Star Wars Battlefront 2. Again, we’re taking longevity of the game. Of course, we know the game is popular with players and with streamers and video creators right now.

Check out the video for a full explanation and let us know if you agree with the concerns.

He notes that he doesn’t intend for it to be a negative video bashing the game, but is rather a recap of concerns he and others share that the game could be nearing the end of its lifespan.

And of course, everything that you see here is just opinion and speculation and we are not saying any of this is official. So, give it a watch and tell us what you think. Is Battlefront 2 coming to an end or is there still a future for the game?