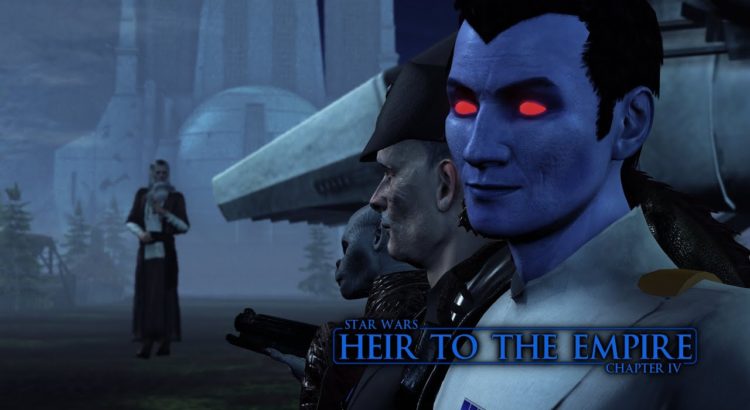 Here we have a new chapter of Heir to the Empire, by Timothy Zahn. Adapted into a short fan film, for your viewing pleasure. If you’re not familiar with this series, you need to go back and watch Chapters 1, 2 and 3 before you watch this one.

And if you are all caught up, let’s move on to Chapter 4. See for yourself here:

It’s all brought to us by DarthAngelus via YouTube. It’s created with iClone 7.7. If you enjoyed it, be sure to let him know so he’ll do more for us.

Many of the commenters have said it’s better than Disney’s trilogy. Personally, I still liked Disney’s films but I did enjoy this. As far as fan films go, these are really good (and I have seen ALLLL kinds of Star Wars fan films.

It’s a very well done series, with interesting story and characters that come to life. I’m truly enjoying it and I hope we see a new Chapter soon.

Heir to the Empire as book is available over at amazon.